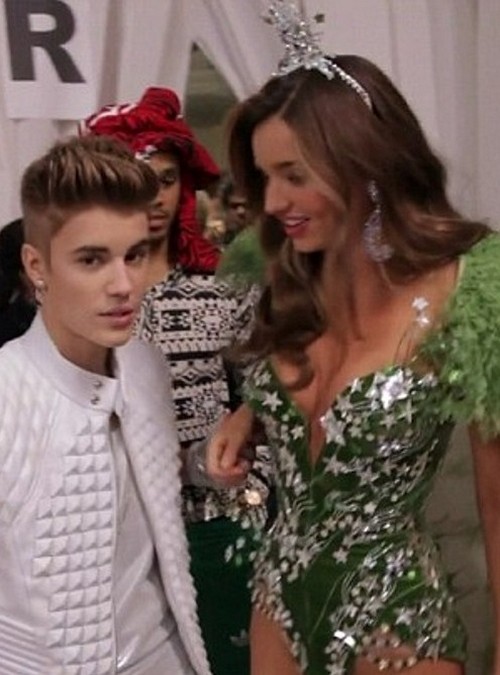 Could Miranda Kerr and Orlando Bloom be one of those couple whose relationship gets significantly better after their divorce as opposed to before? After the former couple announced their divorce, Miranda and Orlando have been spotted with their young son more than once in New York City, looking happy and for all intents and purposes, like a family unit. According to a report from Hollywood Life, this is a marked improvement from when Miranda and Orlando were still together, and constantly fighting over Justin Bieber. Say what now?

According to a new report from US Weekly, “Miranda was always very flirty with Justin, and they exchanged dirty texts. Orlando heard that there had been some ­flirting ­going on and he wasn’t exactly thrilled about it.” Justin and Miranda apparently partied all night after one particular fashion show, but Miranda’s relationship with Justin was reportedly just one of the causes of her constant fighting with Orlando. US’s source adds, “Orlando and Miranda argued non stop.”

I really could see both Orlando and Miranda agreeing that a non-romantic relationship would work better than a romantic one, and it might have stopped the fighting and actually brought them closer together. That being said, I don’t understand why the tabloids are obsessed with Miranda hooking up with Justin. While I’m sure Miranda ‘flirted’ with Justin, or said some words to him that were misconstrued as flirting, I doubt she sent him dirty texts. What purpose would that achieve? Unless the rumors were right all along, and Miranda is just a massive famewhore who is looking to land the most famous guy she could. It’s not completely unbelievable, and there are some reports that allege that Miranda was cheating on Orlando because he wasn’t famous enough, and when she first got together with him, she thought his star would rise, not drop.

What do you guys think? Do you think there’s some merit to all these rumors of Miranda and Justin? Let us know your thoughts in the comments.