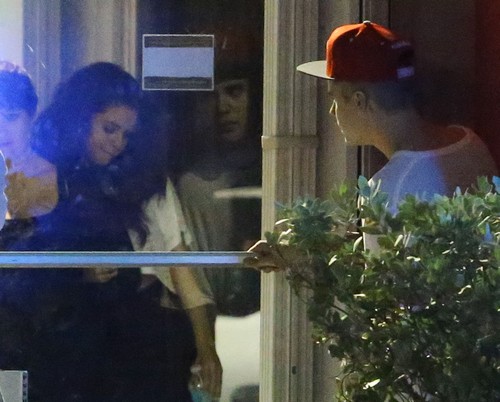 When Selena Gomez and Justin Bieber reconciled last month, we knew their new relationship would have a short shelf life. And, it looks like Justin’s previous cheating has done a number on Selena Gomez. The 21 year old singer appears to be a paranoid, self-conscious mess, and has possibly turned to drugs for comfort.

Yesterday Justin hit the studio in Miami, Florida and was recording a song with 15 year old up and coming singer Madison Beer. Bieber and Beer both announced they were working together on social media. Gomez become insanely jealous that Justin was giving all of his attention to the young singer in the studio, and allegedly got high all day yesterday and smoked away her woes. Rumor has it Selena was blowing Justin’s phone up all day yesterday, upset that he was paying more attention to Madison than her, which is why he tweeted a cryptic picture of himself in the studio and captioned it “she’s high maintenance.”

After Biebs posted this Selena started freaking out… 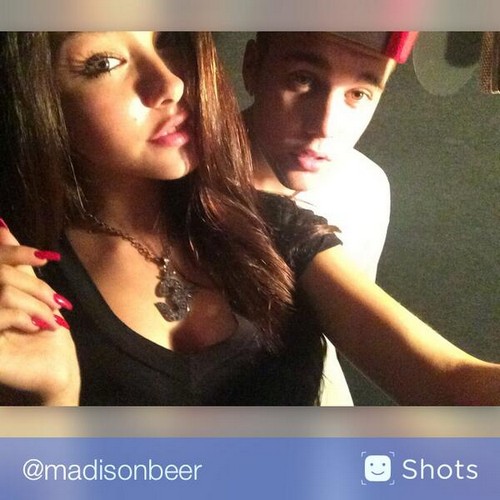 Photos have emerged from last night, and it looks like Selena couldn’t take it anymore and crashed Justin’s studio session with Madison Beer. The only problem is, she arrived at the studio a hot mess. A woman escorted Selena down the sidewalk to the studio, and we use to the term “escort” loosely because she basically carried Gomez. Justin even came downstairs to meet Gomez at the door since she obviously couldn’t make it up to the studio by herself. As Selena disappeared through the studio’s front doors, her head hung low and she couldn’t keep her eyes open.

In a bizarre turn of events, Justin “Bizzle” Bieber was working on a new song all day while Selena was out partying like a rock-star. Do you believe the rumors that Selena got high all day yesterday because she was upset that Justin wasn’t paying enough attention to her? Let us know what you think in the comment section below.

Update: Here is Selena leaving Miami with her servant (assitents they call them) this morning, April 10th, probably very hungover after her pathetic intervention on Justin and Madison’s date/working session the other night.