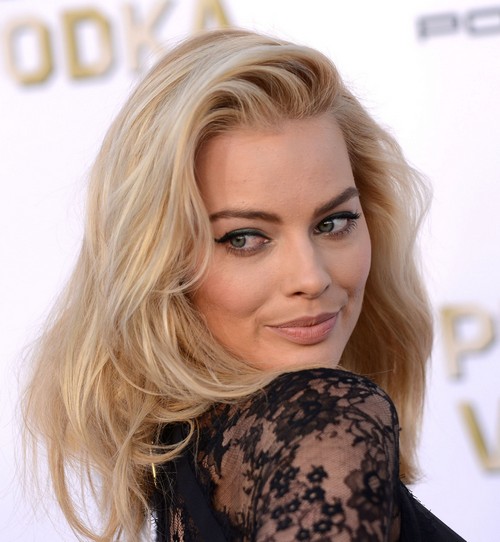 Anything she could do, he could do better. Since their split Miranda Kerr has been linked to Leonardo DiCaprio and now James Packer. Both playboys while Orlando Bloom has mostly stuck to actresses. It seems he’s not looking for a party buddy, unlike others, but wants to find someone he can talk to and hopefully build a relationship with. The first anyone heard about him moving on was with his Romeo & Juliette co-star, Condonla Rashad. She was a talented and sweet girl. It wasn’t her fault her mother was a notorious raging control freak.

But to be fair Condola kind of sounds like a push-over and Orlando did marry Miranda. He likes a lady with some attitude and personality.  Well, who better to fill in that gap than none other than Margot Robbie.  The two of them were caught flirting up a storm at one of the Golden Globes after-party. Margot is a bit of a newbie and is only now gaining recognition but the reputation she’s gathered this far means shows she isn’t in any way like Condola. Margot came onto the Hollywood scene as the co-star and rumored girlfriend of Leonardo Dicaprio. I know, right, his name just keeps popping up alongside Orlando’s.

Anyways, Margot was recently caught up in  a cheating scandal. There was a lot of inappropriate pictures of her and a very married Will Smith hanging out.  We all felt a boundaries were crossed and she might have gotten more than her fair share of side eye from it. For someone this new to be caught with at least three A-listers means she’s no jokes. And yet I feel like we’ve seen her somewhere before. Oh that’s right she’s basically Miranda 2.o with blonde hair.

They’re both Australian party girls and strangely they even have the same type. Frankly, I expected more from Orlando.He knows he couldn’t handle Miranda. Why bother finding a girl just like her then! It’s a fact – some guys are drawn to the drama queens. Its only sad that Orlando had to be one of them.