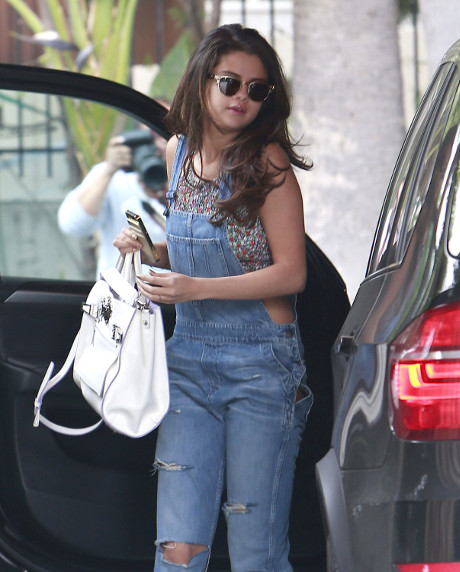 Selena Gomez just got settled into her new mansion, which she purchased for a nice $3 mill, and already it’s been broken into and burglarized. According to sources, the shenanigans all went down last night when a 21-year-old man trespassed and broke into SelGo’s guest house. Authorities arrested him on the spot, charged him with burglary and trespassing, and he’s currently being held in jail with a $50K bail.

TMZ reports, “Selena and a friend arrived home last night and heard a strange noise. We’re told Selena called for her security to check it out. Our sources say before security could investigate, a guy rang the front doorbell, asking if the pop star was home. The friend answered the door and said she wasn’t … and the guy went on his way.”

We’re just glad Selena — and her friend — weren’t harmed in any way. The burglar was probably just out for things he could sell for cash, but you never know in these situations, and Selena’s probably shaken up pretty bad. Kinda sounds like a case similar to the Bling Ring. Good thing Selena has a great security team that’s able to watch her back.

Maybe she really does need Justin Bieber back in her life. He could’ve protected her with those very strong twig-like arms of his and wannabe gangsta attitude. What do you think about this story? Leave your thoughts in the comments section below.