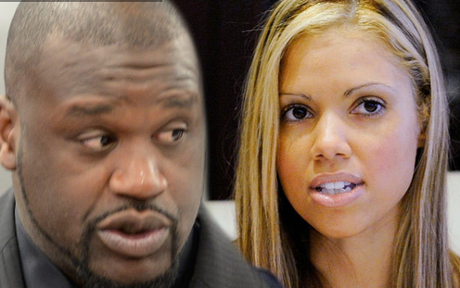 The drama surrounding Shaquille O’Neal, his former wife, several mistresses, lawsuits, and claims of computer and phone hacking has all the makings of a great Lifetime movie. Unfortunately, for Shaq, this is real-life drama that just won’t go away. Former NBA player Shaq has been embroiled in more than one lawsuit stemming from relationships he had while married, as well as from former employees who he supposedly paid to hack into emails and cell phone text messages. While a judge called BS on the lawsuit from former mistress Vanessa Lopez, Shaq carries a history of actions that paint him as an entitled child in a man’s body….a very large man’s body.

In 1998, a police report was filed by a Disneyworld employee claiming Shaq grabbed her from behind and wouldn’t let go when she rebuffed his advances. The District Attorney did not pursue the case because the witness stopped cooperating. In 2002, Shaq married (now ex-wife) Shaunie Nelson and went on to have five children with her before they divorced after 8 years of marriage. Throughout the marriage, Shaq continually cheated on his then wife, and in 2007 he began seeing Atlanta-based rapper Alexis Miller, who goes by the stage name MaryJane. The two were together until 2008, which is the same year Miller took out a restraining order on O’Neal for stalking and threatening her.

Her claims were not unfounded. Shortly after their relationship went awry, Shaq reportedly hired ex-con and known computer geek, Shawn Darling. Shawn would later testify that he possessed damning evidence that Shaq hired him to erase all threatening email messages from his computer that might have been used against him on Miller’s claims. He was also reportedly instructed to hack into voicemail, text, and email messages by his former boss, reports MiamiNewTimes.com. This may seem like a salacious-enough story as it is, but this is hardly the end.

In 2010, former mistress and alleged NBA groupie, Vanessa Lopez, filed suit against Shaq claiming racketeering, invasion of privacy, and intentional infliction of emotional distress. Lopez claims the two had a five-year relationship but once she told Shaq she was pregnant, the threats and harassment began. She claims he had his “henchmen” and two sisters harass and threaten her. She retained Gloria Allred as her attorney. The lawsuit included statements made by former employee Shawn Darling, who filed his own suit against Shaq around the same time. Shawn claimed to have over 30 damning emails from Shaq that proved he was hacking into and spoofing the phones and computers of former mistresses. In 2011, Shaq sued his former employee, and Shawn believed Shaq was setting him up to accuse him of engaging in kiddie porn.

In early April 2013, Shaq filed a restraining order against his former mistress. Shortly after, Allred filed paperwork to formally withdraw herself as Lopez’s attorney. Based on the reasoning she provided, and shared by RadarOnline, it seems as though she felt Lopez was engaging in criminal or fraudulent behavior. Bottom line, she must have found something that made her question the authenticity of Lopez’s claims. In May 2013, Lopez added a request for punitive damages to her claim. So messy!

It STILL does not end here, CDLers, because it seems now that Vanessa is feeling even more disgruntled. As reported by MediaTakeOut.com, she’s released portions of the transcript from her deposition. Now, this is her deposition, so this is not coming from Shaq or a witness, but she was under oath. According to MediaTakeOut.com, the transcripts included the following excerpts:

When asked about whether Shaq had any sexual hang-ups, [Vanessa] said: “He would often put his hands over his private area and say “I know it’s small.” Don’t laugh. And he was just a little embarrassed about that.”

The lawyer then inquired about any of Shaq’s freaky sexual habits to which Vanessa replied, “When he would call and want to get together, I was reluctant to see him when I had my period. . . . And [Shaq] would say “I don’t care.” And when we would see each other, he had, like a fetish that he’d just like to give me oral sex during my period.”

Vanessa has shared in the past that she fears for her safety. If that is true, it probably wasn’t the wisest idea to share the embarrassing transcripts with the public. Looks like the ball is back in your court, Shaq (no pun intended). I have a feeling this story is far from over. I hope some screenwriters are making notes because this has all the makings of a blockbuster hit! 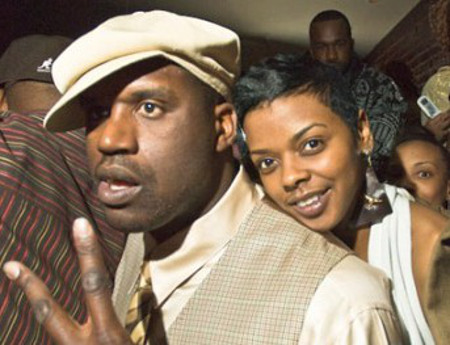