Sherri Shepherd And Lamar Sally Set To Divorce – Lamar Cheated and Wants Custody of their Baby! 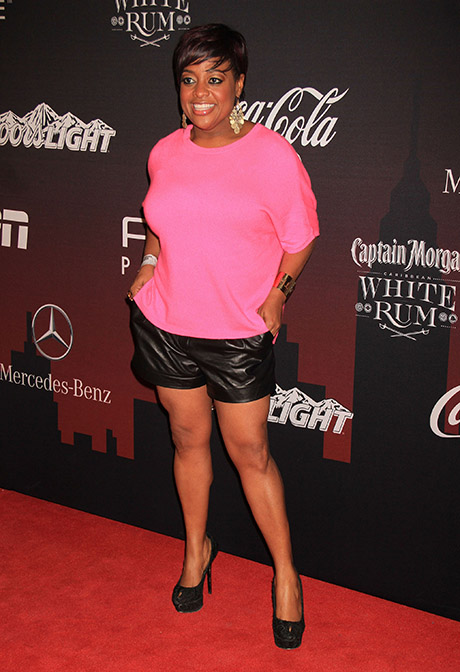 Sherri Shepherd‘s husband, Lamar Sally, is ready to pull the plug on their marriage, as he recently filed for divorce. Ouch. That’s gotta hurt, Sherri. This will be Sherri’s second divorce and, while she had one children with her previous partner, she had no children with Lamar. According to court docs, the papers were filed sometime on May 2nd. They were married for three years, and I don’t think anyone’s heard explicitly what the cause is behind the divorce — though it could possibly be cheating (on Lamar’s end). Perhaps Sherri wasn’t taking enough time “to enjoy the view.”

Sherri thanked her fans and Twitter followers for always being there for her; however, she didn’t directly address the event or circumstances of her split: She thanks everyone for being “the soft landing when you fall.” Aw, Sherri, don’t worry . . . you’ll get up in no time and find man number three!

Some have speculated that he cheated on her and that he’s found himself another woman. In fact, rumors surfaced back in 2011 not long after they’d married that he was still close with his ex-girlfriend (who also attended their wedding)! If Lamar really did cheat on Sherri, then this View co-host has bad luck with men, as her first husband, whom she divorced back in 2009, was also caught cheating.

What do you make of this news? Is Lamar’s cheating the real reason he wants out of this marriage? Leave your thoughts in the comments section below.

Update: we have learned courtesy of TMZ that Sherri and Lamar are expecting a child through a surrogate mother – Lamar is seeking full custody – of course we assume that the gold-digger is merely looking for a child-support money.