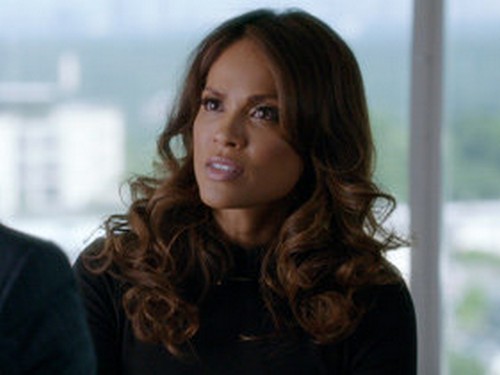 Tonight on VH1 their reality show SINGLE LADIES airs with a new episode called, “Show-Stopper”  On tonight’s episode Raquel and Terrence clash while working together. In other developments, a rivalry between April and David continues, and Keisha and Malcolm acclimate to life in Atlanta as Naomi and Sean gear up for their next move.  Did you watch last week’s episode?  We did and we recapped it right here for you.

On last week’s episode Raquel and Terrence’s new partnership experienced growing pains, as they discovered they have very different approaches to business. April, hoped to score points with Felicia, introduced her to everyone at Indulgence, and bondde with a new guy over their respective evil bosses. Malcolm and Keisha continued to deal with Sean as he looked for holes in their armor.

On tonight’s episode Raquel and Terrence struggle to work together as they search for the perfect jewelry piece to showcase at the upcoming Glam Walk fashion show. April and David continue their rivalry, even as David flirts with Raquel and April continues to date Ben. Keisha and Malcolm begin to settle back into life in Atlanta as they find a new house, but Naomi and Sean get ready to play their next card. A family emergency brings Presley and Marcus back into Omar’s life.

Tonight’s episode of Single Ladies opens with an office meeting to organize Glam Walk, a fashion show for charity.

Terrence and Raquel are bickering over their business plan, their photo shoot is in three days and they can’t decide on earrings. Terrance just wants to call Rihanna and have her wear their product to boost sales, Raquel has to remind him it isn’t that simple.

Keisha and Malcolm are looking at apartments to move into. Malcolm tells Keisha the apartment is a go, and he is happy to be moving back in with her. He jokes that next they need to get a “white picket fence and a volvo.”

Raquel confesses to Omar that Terrence is driving her nuts, she has never had to work with someone so stubborn. Omar receives an emergency phone call from his nephew’s school, he has to go pick him up from the principal’s office.

David won’t leave April alone, she cut him out of the plans for the photo-shoot. So, David decides to offer Raquel a deal. He wants in on the photo-shoot, so he will have his star client “Cheyenne” rock their jewelry at the launch party. Raquel agrees to do to lunch with David.

Omar arrives at his nephew’s school, he arrives to see his sister Presley at the office already with Corey’s Dad. The principal says that Corey called another kid a homophobic slur, and he is suspended.

April is not happy that Raquel and David are going out to lunch. She dumps David’s cell phone in a pitcher of water.

Naomi and her lawyer are still on a mission to prove she was married to Malcolm’s Dad. They don’t have any proof, but Naomi does have some proof that Malcolm has been cooking the books, which she hands over to her lawyer.

David and Raquel head out for their lunch date, Raquel agrees to do business with him. When David leaves, Raquel finds April hiding in a booth nearby with Ben spying on her. Raquel calls her out, and April says she was just “worried about Raquel.” A man approaches them in the middle of the diner, and says he is an undercover police office, and Ben is under arrest. Apparently Ben steals clothing from celebrities and sells them in a “swag circuit.”

Terrence is not happy that Raquel met with David behind his back, and made a decision to hire Cheyenne to perform at their launch party without him. April wants to invite KeKe Palmer to sing at the launch party instead of Cheyenne, Terrence and Raquel both storm out, leaving April standing in their office looking dumb.

Malcolm and Keisha are trying to enjoy their first night in their new apartment, but Malcolm receives a phone call from his lawyer. The court is petitioning him for all of his financial documents, because Naomi and her lawyer are accusing him on laundering money.

Omar’s sister Presley kicks her boyfriend Marcus to the curb, she knows it is his fault that Corey is bullying kids at school. Omar arrives as Marcus is leaving, and he and Presley make up.

Malcolm’s lawyer informs him that if he doesn’t hand over his company’s financial records he will be held in contempt of court.

Raquel breaks the news to David that she isn’t going with his performed Cheyenne, she has decided to sign with April and KeKe Palmer. David is furious that April went over her head and stole his client’s gig. Raquel leaves, and April and David have sex on the copy machine.

Naomi heads to her lawyer’s house to “celebrate.” Naomi doesn’t want Malcolm convicted, she just wants to use the financial documents to blackmail Malcolm into giving her a share of his company.

Terrence pays Raquel a visit, he is annoyed because she called him over and he had to “leave his girl.” They proceed to get drunk and tell each other the truth about their issues with each other. Raquel confesses that she thinks Terrance is “passionate” and that is why she wanted to work with him. Terrence thinks that Raquel is “on point” and has “pretty eyes.” They order Chinese and discuss Terrence’s sex tape, Raquel refuses to rate it though. They get to work and realize they are going to be working on their photo shoot planning until the sun comes up.

Malcolm is up tossing and turning, stressing the money laundering charges he may be facing. He tells Keisha, “There is a storm coming,” and he “doesn’t want to ride it out alone.”

It’s morning, and only six hours until the photo shoot, Terrence and Raquel are still struggling to get everything ready for the shoot.

Raquel and Terrence head to the office, and share their finished product with April. They pull off the photo shoot without a hitch, and April thinks their “pitch is on fire.” Raquel lets April know that she saw her and David hooking up in the office. April admits that it wasn’t the first time she has had sex with David, and she actually likes him. April declares she is “done with David,” and Raquel laughs at how ridiculous she sounds.