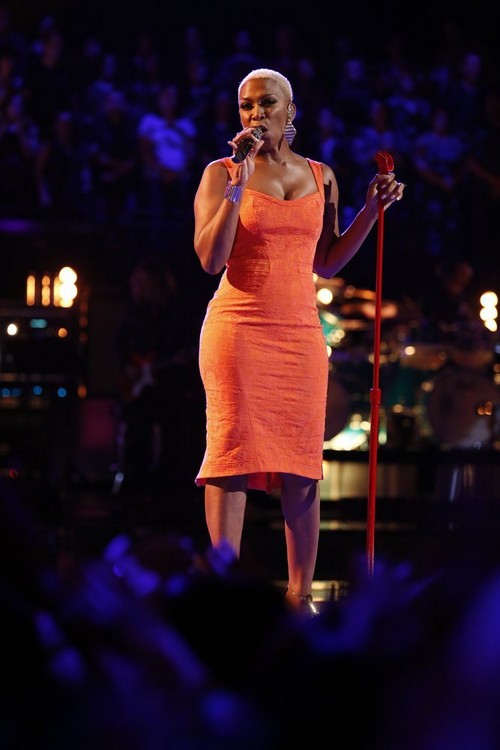 Sisaundra Lewis took the stage tonight on THE VOICE for her Top 10 video performance.  Sisaundra sang “Oh Sherrie” by Steve Perry.  On tonight’s show the remaining artists from each coach, Blake Shelton, Adam Levine, Usher and Shakira’s team performed live for America’s vote and the chance to move on to the Top 8.  Did you miss tonight’s episode?  If you did miss it, we watched it and we recapped it right here for you.

On last week’s episode Sisaundra sang “Don’t Let the Sun Come Down on Me” by Elton John and User had this to say about his performance, “that he doesn’t know if it gets any better than this, he feels like he was just waiting for her to kick off her shoes at one point.”