BY Kristine Francis on July 16, 2014 | Comments: one comment
Related : Reality TV, Recap, So You Think You Can Dance, Television 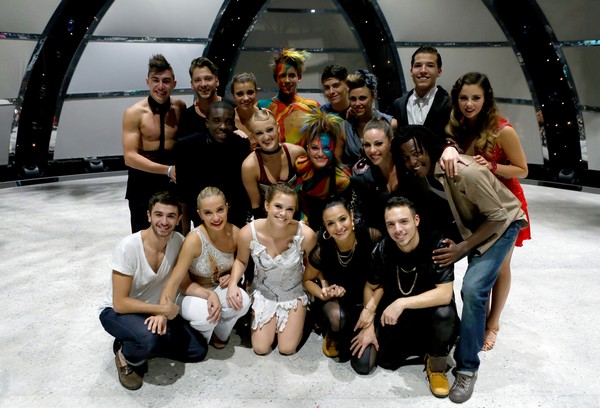 Tonight on FOX, SO YOU THINK YOU CAN DANCE continues with a new episode. On tonight’s episode The Top 18 dancers perform, but two contestants are eliminated. Ballerina Misty Copeland is the guest judge.

On the last episode of SO YOU THINK YOU CAN DANCE, top 20 finalists performed for the nation again before learning which dancers would be ending their journeys. After watching all of the ladies perform the judges decided that Malene was leaving. Nigel told her flat out that her looks got her further than her dancing did in the competition! Nigel also had to send one of the guys home and it was between Serge, Casey and Nick. Nick was sent home. Did you watch the last episode? We recapped it all right here for you.

On tonight’s show This season’s Top 18 finalists perform for the nation again before learning which dancers will be ending their journeys. Tune in to see if your favorites make the cut and who is sent home

A new episode of So You Think You Can Dance Season 11 airs tonight at 8PM and you don’t want to miss it. Celeb Dirty Laundry will be live blogging the show each week, so don’t forget to come back to this spot at 8PM EST for our live recap!

On tonight’s episode of “So You Think Can Dance”, the hostess with the mostest opened the show with a group routine done by Academy of Villains. They performed an intricate dance on a chess board with the players decked out in either white or black. It was very good versus evil and a nice way to welcome the show’s newest choreographers Krystal Meraz and CJ Pharside.

But just because we were treated to a marvelous show doesn’t mean someone we’ve watched and come to love isn’t going to be sent home at the end of tonight’s show. Lagging in at the bottom this week are Bridget, Emilio, Stanley, Jourdan, Teddy and someone else (whom I’m sorry about because I forgot their name). Tonight these guys have to essentially plead their case to the audience. And if they fail at winning over the fans – then it’s over for them. And start playing “Na Na Na Na Hey Hey Hey Goodbye”!

Zack and Jacque went up onstage after the unfortunate six were chosen. They danced to Sam Smith’s “Stay With Me”. A very poignant song they managed to do justice to even while they were throwing in some jive dancing.

Next up was Marcquet and Jourdan. During practice, Marcquet was having a hard time getting too close to Jourdan. Their dance required a lot of intimacy and so it was going to take time for them to become comfortable enough with each other (body wise) to allow the dance to flow freely. And, sadly, for them they were unable to play catch up when it really mattered.

The judges didn’t like their dance and their main concern with the dancers was that they felt disconnected. Over all it was a good dance. It even had potential to be great and the choreography did stand out, but the dancers never connected with each other or the audience so it showed. Jourdan’s chance of winning is dangling by a thread and she just messed up.

Stanley and Jessica have a jazz piece. They have to use jazz to imitate as if they were actually flying on a magic carpet ride. So their dance is ambitious to say the least. Yet when it came to the judging – the judges loved the dance and hated the facial expressions the dancers used. These two tend to bring out the worst exaggerations in each other. And if they would only stop going bug-eyed all the time then their dance would have been flawless.

Although the next two dancers already have a mark against them, Emilio and Bridget wanted their dance to be just as fun as they originally planned it to be. The dance itself outside of their respective styles, but these two were actually great at the jive. They carried it off splendidly and had both the judges and the audience dancing with them.

Emily and Teddy have a contemporary dance this week. And their dancing was so moving that Emily was told her body knew French and it was for one judge to take her eyes off of them. They were that mesmerizing. As if they put everything they had in that one dance. So let’s see if that dance will save them in the end.

This week, Casey and Brooklyn are doing a jazz routine based off of a high school prom. Prior to beginning their dance, their warned by their choreographer to not get too technical. She was tired of seeing that expression on their faces so keeping her advice in mind – they pulled of their dance. It was nice and light-hearted. They as a couple work!

Ricky and Valerie though are still getting there as a duo. They had to do the Viennese Waltz together and all anyone could talk about (besides Valerie’s dress) was Valerie. Her partner was quickly forgotten due to his leg work. It definitely needed some improvement. So instead of being acknowledged as her partner – Ricky was kind of treated like Valerie’s prop. There only to make her look good.

Serge and Carly have to do a hip hop number and they struggled a bit during practice. This dance surprisingly demands more from them than they’re used to. It took a while for them to learn how to krunk it. But the judges have different views on what they saw.

Nigel was bland about it. The dance didn’t invoke anything in him. He didn’t think it had a draw. Meanwhile the women surrounding him found a reason to love the dance. So they defended it against whatever Nigel was trying to say he didn’t see.

Tanisha and Rudy have a Broadway number and rather than focus on their dance – all anyone in the audience wants to know is if there’s anything going on between Rudy and Jacque. Well as far as Rudy is concerned, he does have a thing for her because and I quote “she’s perfect”. And on a side note there dance was good too.

Rudy still lacks some of the technical, but his stage performance always makes up for the gap! That and his dimples work in his favor.

After the last dance by Rudy and Tanisha, elimination came up. The judges have decided to go with America’s vote from last week so that means Stanley and Jourdan are going home this week. A bit unfair however neither of the dancers were able to convince the judges to let them stay based on tonight’s performances. So goodbye to the girl that made a love connection and the guy that’s done the highest jump any of the judges have ever seen on So You Think You Can Dance’s history.

*Tonight’s main performance was by A Great Big World singing their hit song “Say Something” with the added help from the West Los Angeles Children’s Choir.