BY Cate Meighan on August 28, 2014 | Comments: 4 comments
Related : Reality TV, Recap, So You Think You Can Dance, Television 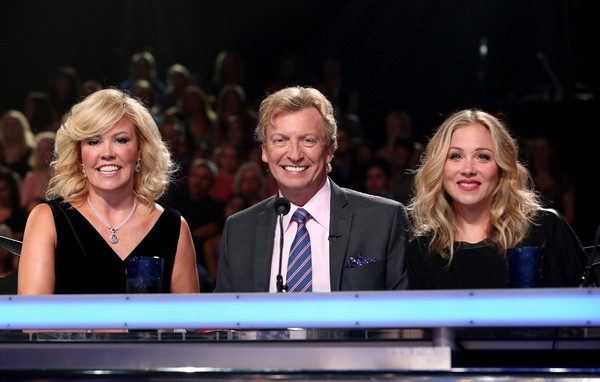 Tonight on FOX, SO YOU THINK YOU CAN DANCE continues with a new episode. On tonight’s episode the final four dancers—Zack Everhart Jr., Jessica Richens, Valerie Rockey and Ricky Ubeda—perform with All-Stars from previous seasons, including Aaron Turner, Kathryn McCormick and Robert Roldan. Jesse Tyler Ferguson is the guest judge. Also: Jason Mraz sings “Love Someone” from his album “Yes!”

On the last episode of SO YOU THINK YOU CAN DANCE, top six finalists performed with new SO YOU THINK YOU CAN DANCE All-Star partners before learning which dancers would be ending their journeys. In the moment we dread, one guy and one girl was going home. Jessica, Ricky, Valerie and Zack were are all in the performance finale. Unfortunately Casey and Jacque went home. Did you watch the last episode? If you missed it we have a full and detailed recap, right here for you.

On tonight’s show on the final in-competition performance show. Tune in to see the final four perform for America’s votes for the last time before America’s Favorite Dancer is announced next week. The episode will also feature a performance by a musical act.

Tonight the top four give their final performances before the winners are chosen next week.  We start off with a Travis Wall contemporary piece to a unique version of Wind Beneath My Wings that everyone kills. Jesse Tyler Ferguson joins Mary Murphy and Nigel Lythgoe on the judging panel and we’re already off to a flying start.

Valerie and Ricky take on a Sean Cheeseman Afro-Jaz routine right off the bat. I have loved Ricky right from the jump but somewhere within the last few weeks I’ve totally jumped on Valerie’s bandwagon too. This was crazy and she can dance, not just tap. Valerie totally keeps up and they both kill this crazy yet controlled number. Nigel was breathless just watching it and he thinks they are both winners. Mary loved the athleticism and style of this number and she thinks they were both uninhibited and amazing. Jesse thinks it was amazing and he reminds viewers that both Ricky and Valerie have never been weak.

Jessica and Zack are doing a Broadway number that includes a staircase. Hernando’s Hideaway is one of my favorite Broadway routines ever done on this show. It’s sharp, sexy and has some really adorable moments mixed in there too. Jessica can do anything and Zack seems really well suited for the stage. This is the first time maybe ever that I can say I have loved all of the final four. Mary loved how Jessica just slinked down the stairs and she loved Zack’s leaps and pirouettes. Jesse tells these two that he believes that either of them could work on Broadway tomorrow. Nigel loves how Zack has really grown and taken off in the last few weeks and Jessica now stands out.

Valerie and Zack are now paired up for a Tyce Diorio number to Pearls by Sade. Valerie is portraying a blind girl and was amazing. She couldn’t actually look at Zack and he was always there to catch her. Jesse loved the connection and Nigel loves how this routine touched on many emotions all at once. Mary is no longer surprised that both dancers are still there and she loved their honesty tonite.

Jessica and Ricky are up next with a Ray Leiper jazz number. I think that while Jessica was really good, Ricky totally out danced her. It was sharp, concise and really good. They compliment each other and Nigel points out that they are like puzzle pieces. Mary thought it was funky and fun and Jesse loves them both so much.

Jessica and Valerie get to do a Bollywood number together and it really is pretty cool. It starts off kind of traditional and ends up on a really funky note. Mary thinks that they look stunning and danced like Bollywood divas. Jesse thinks they have everything necessary for Bollywood including ungreasy faces so that the jewels stick.

Zack and Ricky compete with each other in a crazy hip hop battle to The Antidote that is one of the best things ever seen on this stage. Absolutely brilliant. I had no clue that Ricky could go so hard and the whole audience is on their feet. Jesse thinks is was beyond spectacular- he’s losing his mind. Nigel points out that they are the least likely swagtastic duo to do hip hop ever on the show, yet they killed it.  Mary puts them on the hot tamale train and what could be better than that.

Valerie is ultimately a tapper so she is paired with all-star Aaron for a smooth performance.  Another standing ovation these evening, this time Valerie. Nigel says that he is full of love tonight because of the great tap choreography. More than anything he loves Valerie in a tap routine. Mary thinks she was tremendous and Jesse still has a crush on Aaron and is thrilled to have seen Valerie tap live.

Ricky is paired with Katherine for a Stacey Tookey performance. Ricky’s character needs saving and Katherine portrays an angel trying to pull him up. This is as gorgeous as you would expect it to be.  Katherine is probably one of the best partners for Ricky because they seemed to push each other. Mary thinks Ricky proved tonight why he belongs here. Jesse says that they don’t give away standing ovations and there is a reason that he has gotten several this evening. Nigel loves that this piece reached people sent a great message. Ricky hurt Nigel because he connected with what he did on the stage.

Zack is paired up with Aaron for a tap routine to Piano Man. They are supposed to be two guys in a bar bonded and it’s about the actual sounds coming from their feet. I love how tap has really been front and center this season. Jesse says that Zack has taken everything that has been thrown his way and used it to also grow as a tapper. Nigel loves how Zack  articulates the different sounds that can be made and Mary thinks he is just great at everything.

Jessica and Robert take on a Travis Wall piece about wanting to know if you’ll be missed if you leave a relationship. The lines, extension and leaps are amazing in this. Just as perfect is the chemistry. These two are smoking hot together. Nigel thinks Jessica is a great actress as well as a great dancer. He adores her and thinks she is the best girl this year. Mary loves how she keeps growing and was electrifying on the stage. Jesse thinks that was the best of the night and was totally spectacular.

Now it’s time to vote. Who do you think will be crowned America’s Favorite dancers next week? Tell us in the comments below!