BY Cate Meighan on September 3, 2014 | Comments: 2 comments
Related : Reality TV, Recap, So You Think You Can Dance, Television 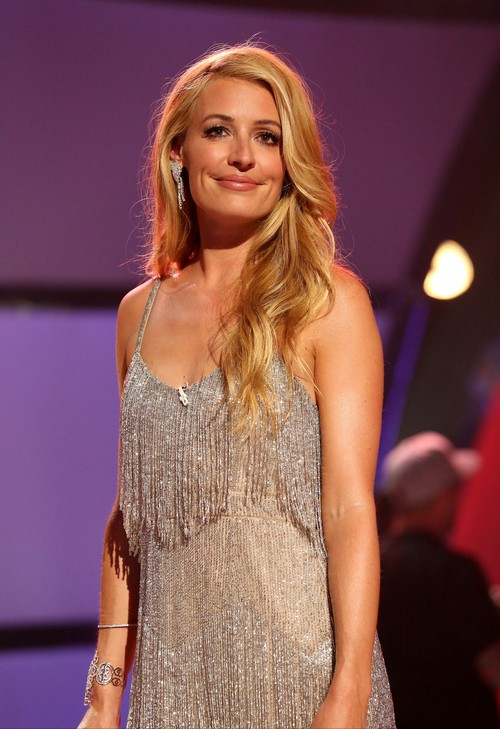 Tonight on FOX, SO YOU THINK YOU CAN DANCE continues with a new episode and another season ends. On tonight’s episode a winner is chosen as America’s Favorite Dancer in the Season 11 finale.  Jenna Dewan-Tatum, Debbie Allen, Tara Lipinski and Adam Shankman are the guest judges. Also: Enrique Iglesias sings “Bailando” with Sean Paul; and there are dance performances by Les Twins, Michael Dameski, winner of “So You Think You Can Dance Australia,” and Wanted Ashiqz.

On the last episode of SO YOU THINK YOU CAN DANCE, it was the final in-competition performance show. The episode also featured a performance by a musical act. Did you watch the last episode? If you missed it we have a full and detailed recap, right here for you.

On tonight’s show who will be named America’s Favorite Dancer? Tune in tonight to find out if your favorite will win the competition. Jenna Dewan Tatum to guest-judge and other guest judges to be announced. Who’s going to be the winner of So You Think You Can Dance season 11?

The finale episode of So You Think You Can Dance season 11 airs tonight at 8PM and you don’t want to miss it. Celeb Dirty Laundry will be live blogging the show, so don’t forget to come back to this spot at 8PM EST for our live recap!

RECAP: This is it guys, the season eleven finale of SYTYCD. We’re down to two ladies- Valerie and Jessica and two guys- Ricky and Zack and one of each will be crowned America’s Favorite Dancer in just a few hours. The judging panel is stacked with Adam Shankman, Tara Lipinski, Jenna Dewan-Tatum and Debbie Allen- joining regulars Mary Murphy and Nigel Lythgoe.

The top twenty open the performances tonite with a dance to Dr. Jazz by Warren Carlisle. One of the best parts of the finale is always seeing everyone reunited onstage again. The judges all get to choose a routine from the season that they’d love to see again and we start with Mary Murphy. She picks a Travis Wall contemporary routine featuring Jessica and Casey. It’s the one where they actually kissed and Mary insinuates that a couple was born after this.

Debbie Allen chooses Valerie and Ricky’s rag doll dance to Turn Down For What which was, well fabulous. It’s one of those that I think we can never see too many times, right? I still am thrilled that these two are in the finale. Zack also gets to choose a favorite piece and it’s a no brainer- he chooses that pivotal dance with last years’ winner Amy.

Nigel Lythgoe chooses Dirty Diana from the Michael Jackson week. It was choreographed by Ray Leiper and danced by Rudy and allstar Allison. She is still just amazing and anyone lucky enough to perform with her instantly improves. This number was great the first time and maybe stronger now.

Valerie chose to tap dance again with Zack to Ed Sheeran’s Sing. I love watching these two together and it’s still crazy to watch them tap up and down a double staircase. Meanwhile Ricky chose his performance to The Vow with Jessica as his favorite. They first performed this Sonya Tayeh piece on week one of competition and it cemented themin my mind. I think most of us that watched this dance the very first week figured these two would make the finale, right?

Fans of the show got to vote for a routine that they wanted to see and it was Senile by Carly and Serge. They are really cool skeletons and I have to admit that if they did this early in the season I totally forgot about it so I’m kinda glad to see it again. Jenna Dewan-Tatum wants to see Tanisha and Rudy’s You Need which was choreographed to perfection by Sonya Tayeh. It’s another of those red hot numbers that are Sonya’s calling card and if possible this seemed even steamier than even I have come to expect.

Thank you to Adam Shankman for wanting to see Ricky and Zack slaughter The Antidote one more time. Nothing like watching a tapper and a contemporary dancer take on and absolutely kill a dirty hip hop number. After performing to this it’s time for results and the person in 4th place is Zack. That leaves Ricky, Valerie and Jessica still in it.

Tara Lipinski wants to see Emilio and all star Jasmine perform Get Low. It’s a hip hop number by the Emmy winning NappyTabs and it’s another great example of just how mind blowing this whole season really was.

Christopher Scott and Sonya Tayeh are like the dream team of choreography as they put together a group number for the top ten as well as the all stars. It seems to be set in a bus or train station and the idea is that a few caring people can change the world. This thing is just filled with random moments of kindness all overlapping between the cool moves. It’s the kind of thing that you have to watch a few times in order to absorb it at all.

It’s finally Jessica’s chance to pick a favorite routine and she chooses When I Go from last week’s show. Travis Wall choreographed it and Robert was the all star that she danced it with- both have been favorites of Jessica’s since she was young. It’s nice and sultry the second time around.

After that performance we learn that the person in third place is Jessica. Ricky and Valerie are going to perform together one last time before we learn which of them will win a boatload of cash, a job on Broadway and the title of America’s Favorite Dancer. Here we go, Cat slowly but surely announces that Ricky is America’s Favorite Dancer. He so deserves this, I mean he never put a foot wrong through out the whole competition. What do you guys think, did Ricky deserve to win? Tell us in the comments below!