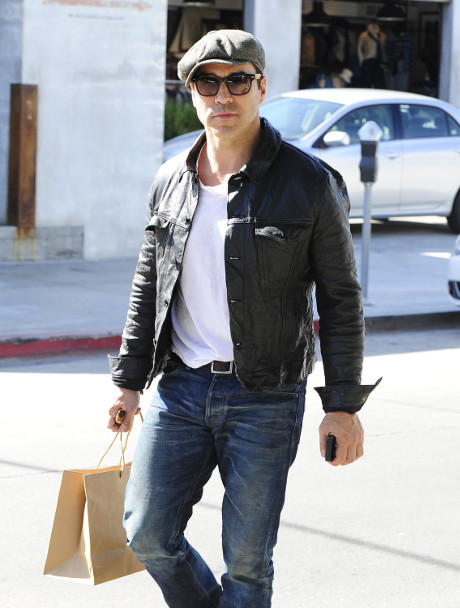 It seems as if Sophie Turner‘s about to be involved in a rather nasty divorce battle, as her husband, Gianmichele Gennari, just filed papers calling for a separation and a slew of other terms — one of those being a request for full custody of their daughter, Angelica. He wants full physical and legal custody of her after claiming Sophie basically abandoned their family: she’d go out to party in the early hours of the morning, take off her wedding ring (to hide the fact she was married), and then meet up with another man. The alleged identity of that other man? None other that Jeremy Piven, famous for Entourage work. The two have been linked to one another for a while now.

If they were having an affair, it won’t be long before Sophie and Jeremy will be able to date openly. Because Gianmichele is totally done with it all! His filed papers state that he wants Sophie to only have monitored visits with their daughter. Oh, and he’s also seeking spousal support.