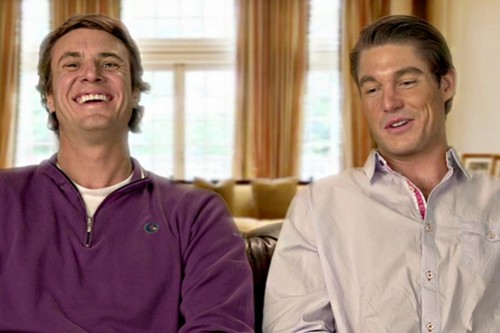 Tonight on Bravo their new series SOUTHERN CHARM continues with a new episode and it is called, “Secrets Revealed.”  On the episode, lost footage from Season 1 is featured. Included: cast interviews; a weekend booze cruise; and eerie sleepovers at Jenna’s house.

On last week’s episode called, “Reunion” the Charleston cast members reunited. This episode included the status of their lives; memorable moments from the inaugural season; and the relationship between Kathryn and Thomas. Andy Cohen hosted.  Did you watch last week’s episode?  if you missed it we have a full and detailed recap, right here for you.

On tonight’s episode Bravo will air Southern Charm’s “Secrets Revealed,” an hour special which takes a look back at lost footage from Season 1 with never-before-seen cast interviews. From a fun weekend booze cruise and spooky sleepovers at Jenna’s house, to the ultimate introduction of the season…adorable baby Kensington!

Tonight’s episode is going to be filled with lots of drama and you won’t want to miss it, so be sure to tune in for our live coverage of the show tonight at 10PM EST! While you wait for our recap hit the comments and let us know how excited you are about the premiere season of “Southern Charm”

With never before seen footage, the cast goes over what we missed this season. And one of the things that would have been interesting to watch would have been the way Jenna and her friends interacted with her much older boyfriend, Lou.

He actually sent out a private jet to pick up the gang and bring them to New York for a visit. Which was kind of a new experience for Jenna’s friends because despite being from the older echelons – they’ve never lived in that type luxury. Take Cameran. She grew up around the old families and yet she gets most of her meals from the value section. So she was thrown by the plane ride, but Shep ended up being completely thrown by Lou’s way of life. Cameran explained that he’s a country boy at heart and so this was all new to him.

Lou is much older than Jenna and some of her friends were a bit disturbed to hear that he met Jenna while she was going to the same school as his daughter. Another thing one of her friends couldn’t help point out is that Jenna’s situation is very similar to Catherine and Thomas’s Winter/Summer romance. But no one points this out to Jenna and for good reason.

Then there was that time with JFK’s yacht. Whitney rented out the infamous yacht because he wanted to hold a small and very upscale boating expedition around the harbor. Yet his friends went on to invite friends of their own. Which led to Whitney having to send out for extra alcohol just to keep up.

But the crew wanted to leave at a certain time and weren’t willing to wait for Whitney’s people to come back to the boat.

So Whitney was on JFK’s yacht having a horrible time. He felt bad about the people he left behind and the people that were there also happen to be living it up on the alcohol that was provided. Although his mother didn’t appreciate hearing about that last part from a society blogger of all people.

Like Whitney said, “no one messes with his mother”!

His mother had a few ups and downs this season as well that weren’t shown. She had lost her cat and as she was grieving; her son tried everything to cheer her up and he even enlisted his friends to help. That cat was the one thing to comfort Patricia after her husband died so Rocky had special meaning.

However Whitney felt that his mother was being a bit macabre when she designed her bedroom with her cat’s ashes in prime position over her bed.

There was a lot a dark that wasn’t brought up. Did you know that Cameran wanted to be a witch in High School? She did the whole Goth clothing and even dyed her hair purple.

There was also that time that Jenna brought in a psychic to help free her from the ghosts haunting her house. Though the psychic did find out more about the cast than she did about the “ghosts”. According to the spirits talking to her, Jenna is struggling in her relationship, Shep has a drinking problem, Craig is doing everything right, and Cameran needs to wait at least five years before having kid. So at most she was entertaining if not actually helpful.

On the lighter side of things, Patricia pressuring her son to get married is hilarious. He’s dating a younger woman named Larissa. Their age gap is similar to that of Thomas and Catherine which kind of makes him a hypocrite, but he said last week that his relationship was different. For instance, Larissa is a European model/actress. But Patricia detected that the younger woman had been gaining weight so she wanted to push Whitney into getting engaged before he noticed it as well and dumped Larissa.

How shallow does she think her son is? Thomas on the other hand doesn’t mind that Catherine gain weight. He was very involved in her pregnancy and even spoke to Catherine’s stomach in the lead up to the birth. And when the baby did arrive – he simply adored her. So much so that his friends’ predictions of the baby growing up spoiled will most likely come true.