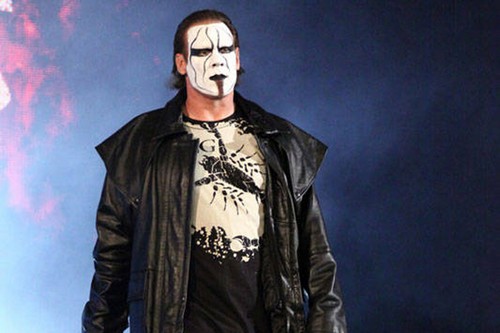 With Sting officially joining the WWE Universe, his in-ring appearance seems like a foregone conclusion. He has already said that he would love to have one more run and would like for it to be against the Undertaker. This dream match up has been talked about for years and could actually become a reality by Wrestlemania season. That said, Undertaker’s health and status after having the streak ended by Brock Lesnar is a mystery. Nobody knows what he is going to do yet.

Assuming that Undertaker is not available, who would Sting get in the ring with for a final goodbye? Here are five other feuds that would work like magic:

Bray Wyatt – As for the list of youngsters that would benefit from a Sting feud, few would be as good as Bray Wyatt. Can you imagine the promo stuff for this feud? Bray and Sting both have a dark and brooding character and Sting can play creepy with the best of them. Putting these two together for a Wrestlemania match could shoot Bray to the moon as far as push and give Sting the one off he desires at the same time. Bray’s character could also withstand the loss that would probably make sense for Sting’s last match.

Chris Jericho – Though these guys crossed paths occasionally in the past, they never got to really work after Y2J became a huge star. They also both are capable of epic matches. I would love to see these two at Wrestlemania in a retirement match of some kind. Perhaps Sting could be attacked after appearing on a Highlight Reel show that is advertised for some weeks. Perhaps WWE could have Sting show up for the Highlight Reel at SummerSlam and then have Y2J attack Sting instead.

Christian – When you talk about send-offs, Christian and Sting could do one another justice. Both of these guys are great in the ring and they both are getting up there in age. Christian may not be ready for the woodshed yet, but he certainly could work a retirement angle with Sting.

Randy Orton – The Viper is easily the man I would most like to see go head to head with the Stinger. He would be able to garner the most heat and Sting and Orton would mesh as far as in ring style too. Orton is rarely given the respect that he deserves in between the ropes despite repeatedly being pushed by WWE. Perhaps the WWE Universe has just grown tired of Orton constantly being on top. Putting him against Sting would reinvigorate his character all over again and give Stinger the match he would dream of at Wrestlemania!