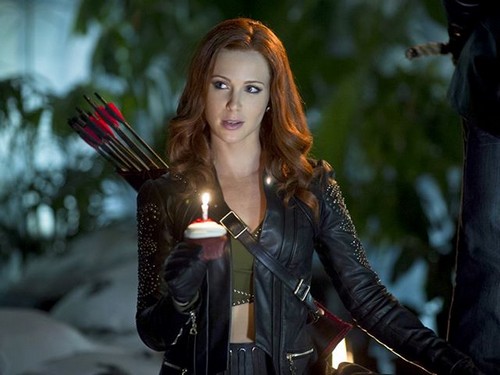 Supernatural continues tonight on the CW with an all new Tuesday November 18, season 10 episode 6 called “Ask Jeeves.” On tonight’s episode, Dean [Jensen Ackles] learns that Bobby or his next of kin have been named as a beneficiary in an heiress’ will, so he convinces Sam [Jared Padalecki] to take a road trip with him to claim their fortune. But when they arrive, things aren’t quite as they had hoped or imagined.

On the last episode, when Sam (Jared Padalecki) and Dean (Jensen Ackles) investigated the disappearance of a teacher, they were stunned to see the school was putting on a musical based on their lives. Familiar faces abounded in this milestone episode. Did you watch the last episode? If you missed it we have a full and detailed recap right here for you.

On tonight’s episode as per the CW synopsis, “Dean Gets a surprising message from Bobby’s cell phone – Dean (Jensen Ackles) is surprised when he checks Bobby’s cell phone and hears a message that says Bobby or his next of kin have been named as a beneficiary in an heiress’ will. Hoping that means extra money, Dean talks Sam (Jared Padalecki) into hitting the road to claim their fortune. However, what they encounter at the house is far from a treasure chest.”

Tonight’s season 10 episode 6 looks like it is going to be great and you won’t want to miss it, so be sure to tune in for our live coverage of CW’s Supernatural at 9:00 PM EST!

We see a maid in a mansion see a woman who she claims should be dead, though she is pushed right from the top floor and into a table of glass which kills her. Now we see Dean working on his car while Same comes out with some coffee and the two are trying to find another case. Dean says he’s got one in mind and it’s and heiress that Bobby knew, Dean calls it a road trip and the two are off. They arrive at the mansion and Sam feels a little under dressed. Dean and Sam introduce themselves as friends of Bobby since he has passed. Dean and Sam walk in, a woman gets up and calls them adorable; she introduces the whole family. Sam and Dean told them that a Bobby Singer knew their dead aunt; so they came for him.

Sam and Dean are told they are far too good for the whole family, they are all not so rich and if they knew what Bobby was left they’d be mad. The butler then walks off and Dean finds some sort of cross like necklace thing. Dean and Sam find out that the rubies on them are fake, yet it’s actually a key. They go over to ask the butler about it. Back at the mansion the man named Stan hears voices calling him, he decides to follow them down the hall and is met with a man who has an axe; the man chops off his head.

Sam and Dean are back at the mansion, they find out that things are not okay; they comeback and see a detective at the house. They are taken as suspects for the murder of Stan since they were at the house before, the family is now fighting amongst each other; Dean and Sam are sure it must be a vengeful spirit after hearing one of the members talk about a ghost killing him. Dean goes out to look around the house for cold spots while Sam stays back to talk to the family; Dash the youngest tells him none of them like each other. Dean goes to a bookshelf and pulls a book which opens up as a door. Dean finds a key hole and uses the cross key on it, he finds a staircase and decides to go up it; upstairs Dean finds the maid upstairs. She claims to have been shoved into here by the butler, she saw Bonnie’s ghost kill another maid. Dean tells Sam about what he found out and that they must go find the butler.Sam goes upstairs and he’s cornered by one of the family members, she really wants him to share some quality time with her; he tricks her and walks off fast. Dean on his own again is looking around and finds a knife, he goes ahead and finds the butler. Sam on his own as well finds blood on the floor in the kitchen, he takes a kitchen knife to find that Philip is dead. The Philip with Dean throws him against the wall, Dean calls Sam and tells him it isn’t a ghost but a shape shifter.

The maid comes in to find Philip dead already, Sam and Dean tell her that it wasn’t them but they found him dead where he is. Dean goes ahead to pick up a weapon when hearing a sound; he finds Dash kissing Amber being the one she`s been cheating with on her husband. Dean says they have everyone gathered until they find the detective dead with his head in a toilet bowl. Dean tells them all to stick together, none of them are able to split off now. Dash points a gun to both brothers and locks them behind a door. The maid tells them that it was her the whole time.

The maid confesses to being Bonnie`s mother and has always been hiding inside the attic, Dean and Sam find some gun so they shoot the lock on the door then come to help everyone. Sam chases after the maid and she takes some shots at him. Sam asks her what her beef with Bobby was, the maid announces how he killed her father. Sam tells her she doesn’t have to do this, being a monster is a choice. She asks why he hasn’t taken a shot, she figures he has no silver bullets; yet Dean shoots her several times from behind.

Everyone is leaving the house, though Dash asks Dean and Sam to not leave; he apologizes to them. Dean hands them the key to the attic, Dash asks how they could repay them; Dean tells them to make sure nobody knows they were ever here.  Sam and Dean get in their car and are now on the road again; Sam asks what it was all about back there. Sam says the extra shots after the shifter was dead, Dean tells him it was target practice and doesn’t want to explain it to Sam.