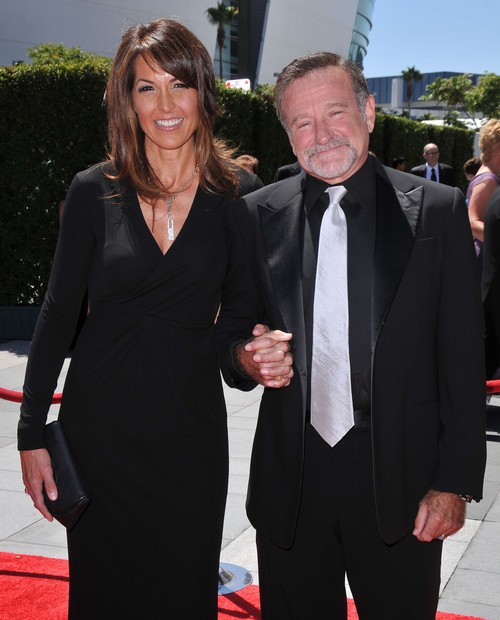 The recent suicide death of Robin Williams has many people talking about his wife, Susan Schneider. At the time of his death, Williams was married to his third wife, Susan. If you’re not familiar with her, this may be one of the first times you’ve heard her name. In addition to being married to Robin Williams, she had a successful career of her own. She seemed to have a very good relationship with Robin and his children and is devastated over the news of his passing.

Here are five things you didn’t know about Susan Schneider:

The Pair Met before Williams’ Heart Surgery – Susan and Robin met before his heart surgery in March 2009. Williams often credited her for caring for him after his surgery and helping him through recovery. They married on October 23, 2011, in St. Helena, California. It was a large, public affair. They lived together in Williams’ house in Sea Cliff, a neighborhood in San Francisco. Susan was 13 years younger than Robin.

Susan is a painter and graphic designer – Susan is a very talented graphic designer who has worked with large name brands and organizations. She headed the design for Critical Eye Design in 2011 at the time of her marriage to Robin. She also has painted throughout her life and has many wonderful paintings that Robin treasured. She is such a talented woman that it is easy to understand why Robin fell in love with her. They both are multi-talented.

According to reports, Susan won’t re enter the home they shared – This is not all that unusual because suicide is such a devastating thing on the family. It is hard to imagine how hard it would be to go anywhere near the home where you lose a loved one in such a horrid and tragic fashion. Some people have called this callous but the truth is, it is perfectly normal for a suffering spouse that lost her partner.

Susan took a behind the scenes approach to Robin’s career – Susan was never one to take an active, public role in Robin’s career. She was totally comfortable being in the background and that is why much was not known about her when Robin’s death came to light. This low key approach as something that Robin and Susan enjoyed together.

She now says that Williams had Parkinson’s disease – After Williams’ death, Susan revealed news about his health that had been previously kept hidden. She says Williams was sober at the time of his suicide and that he had a diagnosis of Parkinson’s disease and had anxiety and depression that worsened because of this. She says he was not yet ready to go public with the news of his health condition. Parkinson’s causes the body to slowly lose function and that would be devastating to the physical comedy that Robin was known for.

As you can see from this list about Susan Schneider, there was more to Robin Williams than just the popular comedian and actor we all know and love. He also has a very loving and talented family behind him.