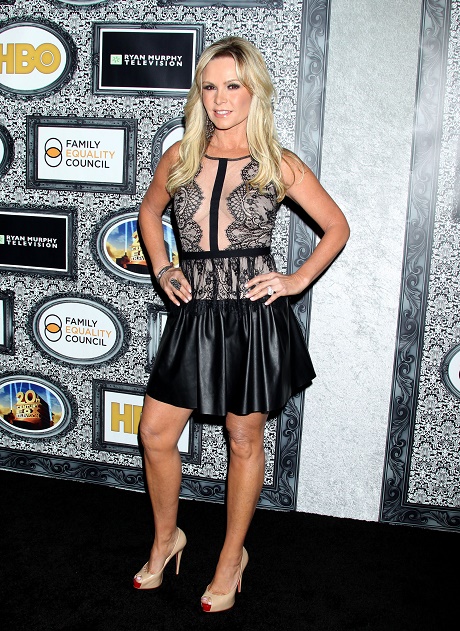 As of now, the entire cast of The Real Housewives of Orange County is getting asked back for Season 9 and Season 10, but it was a close call. According to reports, Tamra Barney – along with a host of other Real Wives, were on the verge of getting fired from the show. Apparently, the executives were particularly displeased with Tamra’s story line, and they didn’t want to keep paying her exorbitantly high salary if she couldn’t bring the goods.

Some sources claim that she was just causing too much drama, which I have a hard time believing – when has there ever been ‘too much’ drama in a Real Housewives TV show? But the other sources seem convinced that Tamra was no longer worth the high payout, and the show just wanted to pull in another big name without so much hassle and baggage. They were reportedly courting Vanessa Bryant, which would bring them a huge boost considering the Kobe Bryant connection. However, Tamra has somehow avoided getting fired for the next season, although I’d watch her back if I was her. If enough people want her to leave, then she’ll end up leaving, whether she wants to or not. She’s escaped the crosshairs because of her longtime connection to the show, but we know those Bravo executives aren’t above firing somebody on an extremely short notice.

What do you guys think? Is Tamra Barney doing voodoo prayers to avoid a firing from RHONC? Or was the whole thing just rumor mongering from the other housewives? Let us know your thoughts in the comments below.