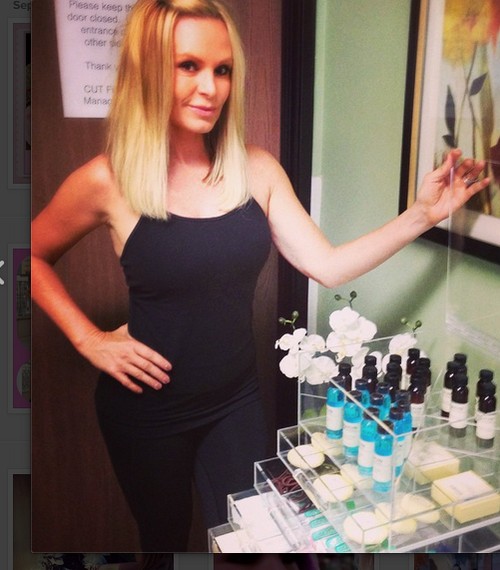 Is Tamra Barney fired from Real Housewives of Orange County and replaced by Vanessa Bryant? Rumors have been circulating for weeks now that Bravo is firing Tamra Barney after RHOC Season 9. At first Barney vehemently denied she was getting axed, but Bravo has recently gone on a firing spree (Aviva Drescher, Ramona Singer, possible Teresa Giudice), and it is beginning to like there may be some truth to the rumors.

Recently Tamra began changing her story and claiming that she is quitting the show, despite the producers desperate attempts to keep her on board, which just solidifies the fact that she really is being ousted. Let’s be real, RHOC is Tamra’s livelihood and she even gave up custody of her children for the show — the only way she would willingly quit is to save face and not be publicly fired and look like a fool.

Real Housewives of Orange County spoilers reveal that Bravo is currently searching for a new housewife to join the cast of RHOC. CDL spoke to someone close to production a few weeks ago who revealed that they are looking for a high-profile celebrity who already has some fame of their own to bring to the table, and it looks like they may have found their match. Multiple sites are reporting that Bravo is currently in talks with Kobe Bryant’s wife, Vanessa Bryant, and are just a few signatures away from filming her for Season 10 of RHOC. It looks like Tamra Barney will be replaced by Vanessa!

Once they have Vanessa officially on the roster, Tamra Barney will be officially fired. The other Real Housewives franchises have their share of drama just like RHOC. But, what RHOC is lacking is a young firecracker like Vanessa, who will surely out-shone most of the cast. Let’s be honest, Tamra Barney doesn’t hold a candle to Vanessa Bryant.

What do you think, RHOC fans? Would you like to see Kobe Bryant’s wife, Vanessa Bryant, on season 10? Is she Tamra Barney’s replacement? How do you think Tamra will react when she learns that Bravo is in talks with someone with celebrity status that she can’t even come close to competing with? Let us know what you think in the comment section below!