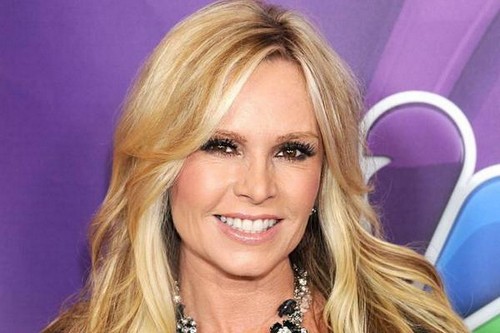 It seems like all hell is breaking loose for Bravo’s Real Housewives of Orange County cast members since their Bravo reunion special. Reports have been emerging for months that Bravo has decided to fire Tamra Barney, and Tamra originally denied said rumors, attacked CDL on her Facebook page, and insisted Bravo would never fire her because she “makes good TV” and is the “most talked about housewife.” But, now Tamra is changing her tune, despite her $600,000 salary.

According to Real Housewives of Orange County reports, Tamra is doing what every housewife does when Bravo fires them, she is trying to make it sound like it is her idea to leave the show. Tamra raised a few eyebrows in interviews after the RHOC reunion when she began talking about her time as a housewife in the past tense. And, she even confessed that she wished she had just “walked away” from the show before Season 9 like she had tried to do, but Bravo supposedly begged her to shoot another season. Really? Tamra Barney was going to willingly opt out of filming Season 9? She wouldn’t even give up the Bravo show to get custody of her own children, why would she expect anyone to believe that she was willingly considering leaving? Now, our sources are telling us that she is telling anyone who will listen in her social circle that she is quitting RHOC, and is “over the reality TV business.”

It seems like every time a Bravo housewife is fired, they turn around and announce that they decided to leave the show for personal reasons. Ramona Singer is a perfect example, news leaked that she was demoted on RHONY, so she began leaking stories to the tabloids that she was quitting the show. Tamra Barney hinting to her friends and family, and the press, that she is quitting RHOC is just a desperate attempt to make it appear like she left the show on her own accord when news breaks that she has been officially fired. After all of the bragging she did on social media about how she was too crucial a housewife to be fired, she would look like a fool when she actually was.

So RHOC fans, do you think that Tamra is hinting at quitting the show because she realizes there is a real possibility that Bravo is firing her? Will you still tune in to the next season of Real Housewives of Orange County if Tamra Barney is on the show? Let us know what you think in the comments below.