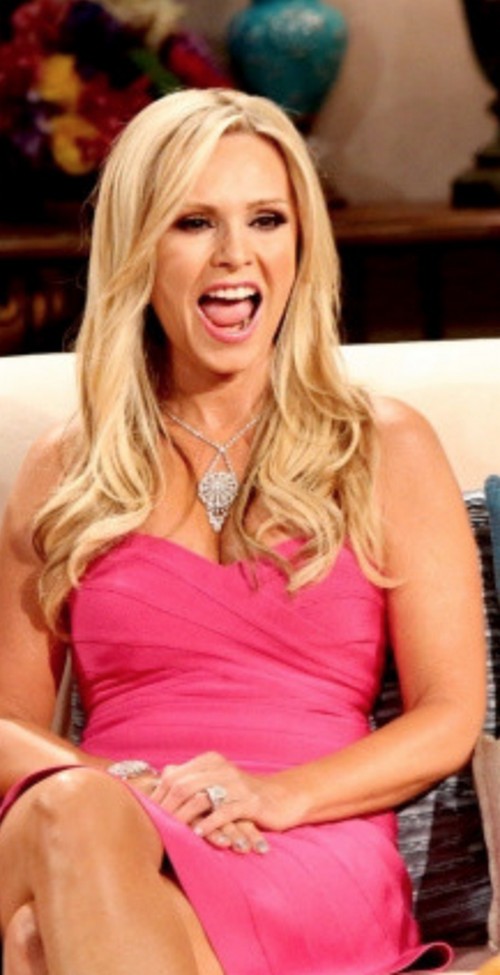 Real Housewives of Orange County’s Tamra Barney will be fired regardless of her protestations to the contrary – Tamra has been battling rumors that Bravo is firing her for months now. Although Tamra claims that she is the “most talked about housewife” and Bravo would never fire her because she single-handedly brings in all of the viewers for the reality TV show, despite her lack of a divorce from current husband Eddie Judge, multiple sources have revealed that is not the case. Tamra’s fellow housewife Heather Dubrow and her hubby Terry are rumored to be quitting RHOC, and the producers are currently shopping for their replacements, and Tamra’s as well.

Tamra is infamous for her petty squabbles with her co-stars and keen ability to be able to stir up drama wherever she goes, and apparently she does that even when the cameras aren’t rolling. Tamra has been in a high-profile custody battle with her ex-husband Simon Barney for months now over their three children, Sophia, 8, Spencer, 13, and Sydney, 15. Naturally Tamra had an ugly divorce and is now accused of being a negligent mother in an ugly custody battle – what a surprise…. In court Simon accused Tamra of neglect, and he argued he should have sole custody of the kids because Tamra’s main priority was her reality TV show Real Housewives of Orange County, and her actions on the TV show were causing serious emotional stress on their children.

Of course, Tamra refuses to budge and give up Real Housewives of Orange County, even if it does mean losing her children to Simon. According to reports, Tamra recently went to court on September 11th and showed her true colors afterwards, getting in to a screaming match in front of the court building with Simon’s new girlfriend Catushia Lenni. Although Tamra claims that the court case is going very well for her and Simon’s allegations are unfounded, her trashy behavior afterwards is a perfect example of why Simon doesn’t want their children living with her.

Tamra has read the writing on the wall, and no doubt logs online every day to see what the media is saying about her; she knows that her job is on the line. Now, if you were on the verge of losing your children because you starred in a reality show that was about to fire you, wouldn’t you just quit the show so that you could have custody of your children again? Why would you continue to remain on Real Housewives of Orange County if it were costing you your children, knowing that there was a huge chance you were about to be fired anyways? Would you ever choose a reality TV show, that didn’t even want you on the cast anymore, over your own children? Let us know what you think in the comments below!