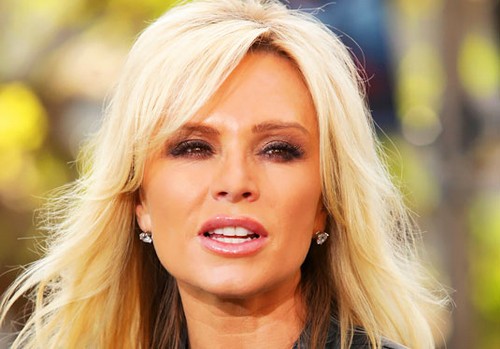 Will Tamra Barney be fired from RHOC? Tamra’s salary of $600,000 per years, revealed in her ugly custody battle, is probably what saves The Real Housewives of Orange County star from a divorce from husband Eddie Judge. Tamra Barney is going through a major custody battle right now, the details of which will be intimately broadcast on The Real Housewives of Orange County. Not only that, but the custody battle also involves three of her children, and it’s created a drawn-out verbal exchange with the new girlfriend of her ex-husband, Simon Barney.

This new girlfriend, Catushia Ienni, reportedly had a major cat fight with Tamra during one of the court hearings. Of course, Tamra refuses to take the blame for anything, instead claiming that Catushia was just a sneaky gold digger who was out for her ex-husband’s money. Uh, kind of like Tamra, right?

So far, Tamra’s contract hasn’t been renewed with The Real Housewives franchise, and if she continues going like this, it probably won’t be. In fact, several reports have already alleged that Tamra is just too difficult to continue working with, and Bravo has already ‘unofficially’ fired her. In other words, they’re just looking for someone to replace her, and when they do, they’ll make the official announcement.

Of course, Tamra has refused to admit this, and in fact, is actively trying to fire back at anyone who claims that she’s getting fired [such as CDL]. But let’s look at the facts: she’s reportedly a huge diva, and if you’re not Mariah Carey or Beyonce, that shit ain’t gonna fly. She’s extremely difficult to work with, and is constantly creating scenes for no reason. The Real Housewives people love their drama queens, but even they have a limit to how much they can handle. Plus, neither the audience nor Tamra’s fellow cast-members have any particular fondness for her, and in the end, that’s all that matters, right? Ratings or bust. As newcomer Lizzie Rovsek has said in the past, Tamra is nothing but a giant bully, and bullies are never entertaining.