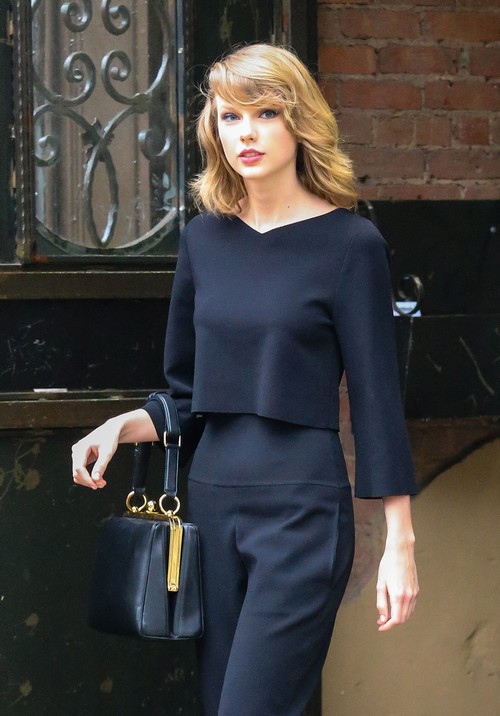 For those of you who are under the belief that Taylor Swift‘s already gotten a boob job, think again! According to recent reports, she’s just been plumping up her chest with padded bras, but she’s now thinking of taking the leap for real a.k.a. getting implants.

Apparently, Taylor is desperate to ‘boost her sex appeal’ and ‘find Mr. Right‘, and apparently, getting a boob job is the only way to do that. Forget, you know, clothes, makeup, fashion, eating – nope, boob jobs and plastic surgery are the way to go. Ugh.

Anyway, a ‘source’ tells the National Enquirer, “Taylor has always had a complex about her boobs. She says they are too flat and need to be perkier. Right now she’s making discreet inquiries, researching the type of procedure she wants. She’s excited about getting a new body and hopes it will help her love life.”

Ok, let’s go through this again. Taylor’s boobs in the past two years have gotten a noticeable lift, and this is coming from someone who can never usually tell when a celebrity has gotten gotten plastic surgery. It’s ridiculously obvious that she’s already gotten her boobs enhanced, albeit without some subtlety. There’s simply no way you can get that kind of lift with just padded bras, and the kind of clothes that Taylor’s been wearing wouldn’t be able to hide padded bras, either.

Of course, the source also adds that Taylor wants to keep this secret, to which we say, duh! She’s not going to flaunt the fact that she got/is getting a boob job. She’s not an idiot, and she knows that would create incessant media talk and set a pretty bad example for her young fans. But hey, if she wants to get a boob job, let her get a boob job. It’s her life, and its her boobs.

Taylor Swift  leaving the gym in New York City, New York on May 9