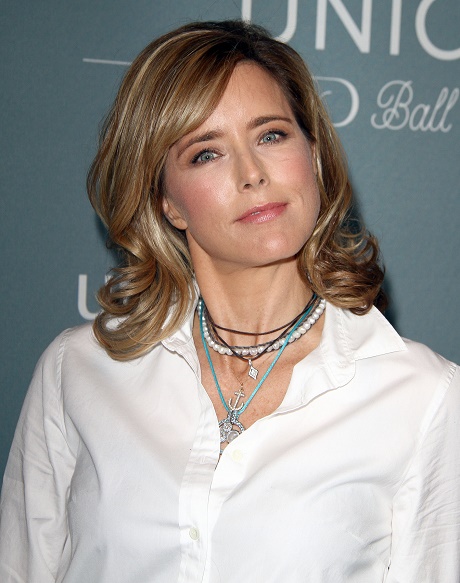 Tea Leoni is headlining a new hit TV show called Madam Secretary, and it’s been doing extremely well in the ratings, but now she’s being accused of exhibiting some major diva attitudes. Star Magazine has a new report claiming that the behind-the-scenes drama on Madam Secretary is slowly starting to become a problem – or more specifically, Tea Leoni’s supposedly diva behavior on the show is pissing people off.

To preface this report, Star Magazine has a notorious track record for accusing female celebrities of being divas on set, especially ones in high positions of power that are usually also producing and/or writing the show. But also, I usually adhere to the notion that if there’s gossip about diva behavior, it’s based on some inkling of truth somewhere.

Anyway, Star’s source supposedly explained, “Tea’s ego needs some checks and balances. Tea told producers that she wants final approval over her costars — she doesn’t want anyone who’s a bigger name on the show. She has a fear of being outshone or outperformed.”

Hmm… a cause for concern, maybe. But the source loses me when they add, “Tea wants to be the most talked-about character and throws a fit if she doesn’t like one of her lines. She also wants to be in every scene, which has caused some tension.”

Um, Tea Leoni is the LEAD on this show, which means that it’s her name above the line and her reputation on the line. I always defend actresses in this position, especially since most of them are also producers on their show. Tea has every right not to say lines she’s not comfortable with, since she’s the reason that Madam Secretary is doing so well.

Now, requesting final approval of co-stars is a bit sketchy, but maybe she just doesn’t want to work with actors that she doesn’t have a rapport with. Since the show hinges on her performance, I can see how that might be a problem. Overall, I’d say that her behavior might be cause for concern, but I also have a feeling that the rumors are blowing it out of proportion. There’s nothing that she’s doing that other lead actresses don’t do on TV shows – it’s just the nature of working on TV with major actresses.