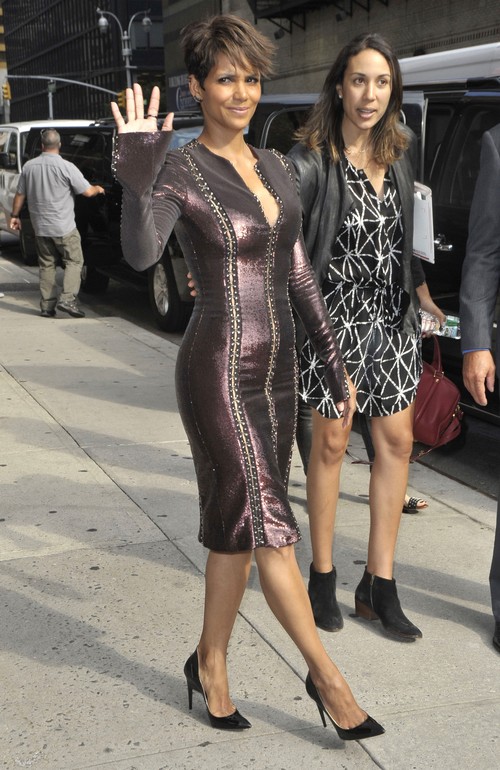 Halle Berry is a movie star, and Extant is a television show. Ten years ago, you would NEVER have seen a celebrity of Halle’s status act on TV, much less on a network show. The few movie stars that ventured into television inevitably found themselves on HBO or Showtime, but that’s all changed with the recent changes in TV. We are now in the golden age of television, where all the best roles are being written on TV shows and movies are being kept aside for franchises, superheroes, YA novels, and sequels/remakes. You want originality? You have to move to TV. And so, Halle moved to TV.

I can’t say I blame her. She wanted to have a lead role in a major project where she actually had something to do, which has been rare after her Oscar win. But according to Life & Style Magazine, Halle has been ‘ruffling a few feathers’ with her nit-picking and her diva behavior on the set of her show, Extant.

A source explains, “She felt her character’s story line was becoming unrealistic. The producers and crew aren’t happy — they openly call her a diva.” Apparently, Halle even put out a call to Steven Spielberg, the executive producer of the show, to complain about the story and the scripts.

See, the tabloids usually try to write these stories, but forgot to mention that most of these actors are producers on the show. It’s Halle’s JOB to nit-pick the details and worry about the screenplays and the overall story. As the biggest name on the project, it’s her career on the line if the show tanks or is perceived poorly. Of course she’s going to be edgy about that, and of course she’s going to address her concerns with the show’s writers and producers. Honestly, I don’t blame her for it, and barring a few whiny people on production, I don’t think anyone else would either.