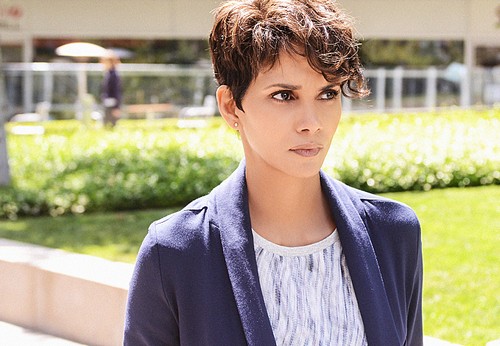 Tonight on CBS Extant returns with a new episode called, “What on Earth is Wrong?” and on this new episode John begins to doubt Molly’s mental state when the validity of her pregnancy is questioned. Meanwhile, Ethan suffers a serious setback, and John and Julie disagree over how to care for him.

On the last episode after Sparks attempted to quarantine Molly, she and her family seek refuge on a remote island with her estranged father. When the agency closed in on their whereabouts, Ethan was exposed to grave danger. Meanwhile, Yasumoto experiments with a strange and deadly substance. Did you watch the last episode? If you missed it we have a full and detailed recap, right here for you.

On tonight’s episode when the validity of Molly’s pregnancy comes into question, John begins to doubt her mental state. Meanwhile, Ethan suffers a serious setback, and John and Julie clash over how to care for him. Josh Malina guest stars as Doctor Beck who treats Molly. Academy Award winner Louis Gossett Jr. returns as Quinn, Molly’s estranged father.

As Molly gets put under the knife, she starts imagining her life in a different world. One where she’s married to Marcus and suffering from everyday normal pregnancy brains. But that easier life she must have subconsciously wanted all turned out to have been a nightmare when the shock of Marcus’s death shocked her awake for a few moments. One that is ongoing!

John and the rescue team had found Molly and Ethan unconscious on the ground’s floors. And by time a medical team could be reached – the nurse on the site reportedly couldn’t detect any signs of a fetal heartbeat. So Molly ended up having to be rushed to the hospital back on the mainland.

Then when she did come to – she was left having to explain to John that “they” did something to her. That these people she keeps talking about did something to her baby. Molly was anxious by having to defend herself that she had to be sedated for her health before she could stress herself any further. However, with her under sedation, there wasn’t anyone available to provide a reasonably explanation in what happened to Ethan. John’s diagnosis is that the little boy’s system must have shut down after a fall or perhaps a scare. While Julie on the other hand remains skeptical. She’s wondering how negligent could John have been for something to happen to Ethan. They both know how the precious the little boy.

But if John is negligent with anyone then it’s with Molly. Her scans came back and showed that she was never pregnant. And Molly knows that for the lie it is. She was pregnant and so she suspects something happened to her during the six hours she was missing until John found her out in the woods.

And seeing as her scans won’t show that she was in fact pregnant even if that’s no longer the case now then she thought she could at most get validation from Sam of all people. Although when she brought John to her friend – her trust appeared to have been misplaced.

They got to Sam just as they got to Molly’s baby. Sparks had threatened her and removed Molly’s baby. Though for now the baby appears to be safe and oddly thriving since being removed from its mother.

All of Sparks’ machinations have left John, in the meantime, reluctantly suspecting his wife. The doctor back at the hospital had told him that Molly could have imagined her pregnancy. And for a while John wanted to deny it but then small bits of doubt started to weave itself into his head. So he turned to Ethan for answers. Ethan was his last resort on finding out the truth and that made John push Ethan into getting better possibly to Ethan’s own detriment.

And that’s when Julie stepped in. She told him that he couldn’t just do whatever he wanted with Ethan. Even it was for Molly. Julie had never liked the way he merely gave the little boy to his wife rather than stick to their original plan of finding a family for him.

John stopped her rant after that because apparently she needed some reminding. Even though they built Ethan together that doesn’t change the fact she works for him and they are not equal partners. Hence it’s not her place to reprimand or tell him what’s best for Ethan. Only and his wife, Ethan’s mother, will make the decisions.

Yet he did change his mind about pushing Ethan before his body had healed. John wouldn’t be able to bare it if his actions caused Ethan to never get better so he laid off from trying to maneuver around Ethan’s frail system. But that left him and his wife without the answers they needed. That is until Molly remembered when she got bitten by the dog. Her blood sample from that instance, one Sparks is completely unaware of, could very well show that she was pregnant. And she was right.

John helped her break into the laboratory where her sample was still being held and that gave her the information that she was pregnant. Though the DNA showed that the baby was part her and part something neither she nor John recognized – a foreign substance. So they also know that whatever the baby is – John didn’t help produce it.

People have been lying to them and the only way they can survive being watched/used is for them to pretend that Molly can accept her pregnancy was a fake. So that’s exactly what they did. She returned to work and put on a big smile for Sparks. All in the name of keeping her and her family safe.

And as for Ethan, he awoke on his own and luckily he didn’t remember what happened to make him shut down. So his parents don’t have to worry about getting him to lie for them.

Molly got back the footage of when she met “Marcus”. She used a different algorithm on it to see if she possibly missed something that day and what she saw, thanks to Dany, was more than just empty space this time. There was some kind of live being of light moving towards her in the footage. THAT WAS MARCUS!