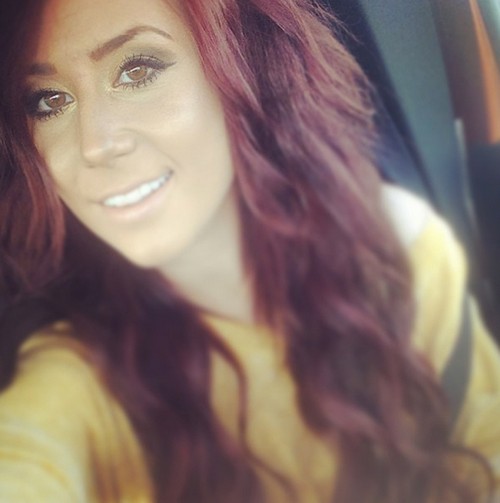 Since the Teen Mom 2 series began, Adam left Chelsea and had a baby with his new girlfriend Taylor Halbur, but Chelsea continued to pine away for Adam. Despite the fact that he was playing house and raising a child with another girl, he still clearly had Chelsea Houska wrapped around his finger. For over a year Chelsea and Taylor waged an epic baby-mama Twitter war over Adam Lind (we’re still not exactly sure why anyone would want him).

With Adam Lind in and out of jail, Chelsea and Taylor have apparently both moved on, with the same guy! According to the August 18th edition of OK! Magazine, “Last year Chelsea Houska got between her baby-daddy Adam Lind and co-star Taylor Halbur, and now she’s at it again with another of Taylor’s boyfriends. A source says Chelsea has started dating Andrew Anderson, but only after she found out he was seeing Taylor, whom she never forgave for stealing Adam!”

Chelsea Houska seems to be one of the most put together members of Teen Mom, but when it comes to her love life she is a hot mess! She needs to stop worrying about Adam and Taylor, and focus on herself for once! Are you Team Chelsea or Team Taylor? Let us know in the comments below!