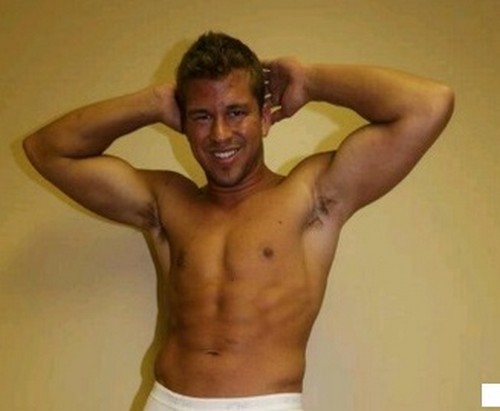 Teen Mom 2’s Jenelle Evans recently revealed she is pregnant with baby #2 (if you don’t count her abortions and miscarriage), with her current boyfriend Nathan Griffith. Jenelle has tried desperately to make her new relationship with Nathan appear perfect (despite the fact that she is still married to Courtland Rogers). Jenelle’s image of a perfect relationship is slowly falling to pieces though. It was pretty clear that Jenelle and Nathan were having problems weeks ago when she was arrested on a breach of peace charge after the pair had a domestic dispute. Jenelle denied all allegations of rumored issues between her and her new boyfriend, and continued to brag on Twitter and in interviews about how happy she and Nathan were. The truth always comes out though, and the truth about Nathan and Jenelle’s relationship is finally coming out.

Radar Online spoke to a source close to Teen Mom, Jenelle Evans. The source revealed that despite the videos and photos Jenelle shares on Twitter of her and her new baby-daddy, the couple are actually having a lot of issues. The source told Radar that Jenelle and Nathan “fight non-stop.”

Jenelle’s friend Tori later confirmed those rumors on Twitter when she and Jenelle got into a heated argument. Tori, who will appear in Teen Mom 2 Season 5, tweeted that while she was at Jenelle and Nathan’s house the not-so-happy couple were in a heated argument, and Nathan was “yelling like usual.”

To add to the stress of the obviously failing relationship, Jenelle is now harassing one of Nathan’s ex-girlfriends. She accessed his call log and has discovered he has been texting other girls, one of whom he used to live with before he met Jenelle.

Jenelle promised Teen Mom 2 viewers that when Season 5 aired we would see that she has “really changed” and how “happy” she and Nathan are. It’s becoming pretty obvious that Jenelle’s relationship with her new baby-daddy is far from “happy,” and on Tuesday, January 21st we will be able to watch her lies unravel on national television.