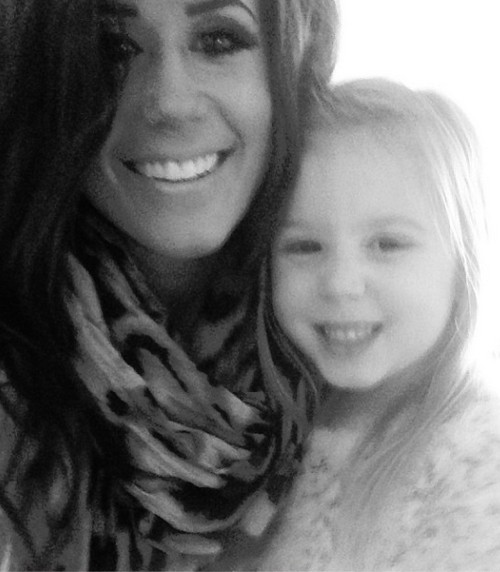 Teen Mom 2 star, Chelsea Houska is undoubtedly a fan favorite on the popular MTV reality series. Unlike her co-stars, the sweet, quiet Midwestern girl has always managed to keep his dirty laundry under wraps (that is, if she even has any). Chelsea is speaking out on the rumors regarding her and her relationship with her daughter’s father Adam Lind though. She wants the world to know the truth about her four year old daughter Aubree’s father.

Adam Lind and Chelsea Houska have always had an off and on relationship, which we have seen dragged out throughout the years on Teen Mom 2. It’s no secret that Adam has moved on and started a family with his current girlfriend Taylor Halbur, and the pair just had a baby together, which we will see all unfold on Teen Mom 2 Season 5. However, in the promo for Teen mom 2 Season 5 Adam seems to think that Chelsea is “still in love with him,” and “doesn’t want him to move on.”

Don’t flatter yourself Adam! Chelsea recently sat down with theStir and she wanted the world to know, that is NOT the case. In her interview Chelsea stated, “I know Adam on the season thinks I’m still in love with him for some reason. Maybe he just WISHES I was or that I cared. But I don’t!” She also went on to tell theStir that Adam’s relationship with his new girlfriend, Taylor, isn’t as perfect as they make it appear on Twitter. Half the time they aren’t even together.

It looks like Chelsea truly has moved on from Adam this time (good for her)! We’re all excited to see Chelsea’s storyline in Season 5 revolve around something other than her sitting around crying over her deadbeat baby-daddy.