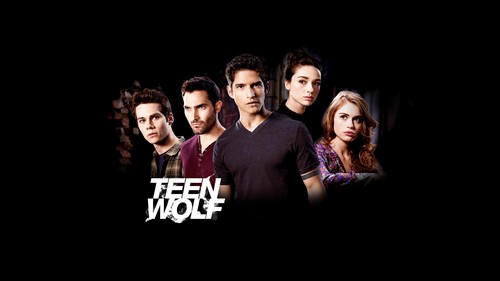 Tonight on MTV the popular show TEEN WOLF returns with the second part of its third season called “More Bad Than Good.” On tonight’s show, Derek and Peter break away from their captor. Did you watch the last episode? We did and we recapped it here for you.

On the last episode Scott, Stiles, and Allison suffered side effects from the ritual sacrifice; Sheriff Stilinski searched through old cases to see how the supernatural world (which he now knows about) might be able to explain the “unsolved” mysteries of his past.  Arden Cho joined the cast of Teen Wolf as Kira.

On tonight’s show, Scott and his friends ponder catching the werecoyote before it is hunted down, an unlikely ally helps Derek and Peter break out, and Allison has a terrifying hallucination featuring her Aunt Kate.

Tonight’s season 3 episode 13 is going to be an exciting one that you won’t want to miss, so be sure to tune in for our live coverage of MTV’s Teen Wolf at 10 PM EST! While you wait for our recap, hit the comments and let us know what you think of Teen Wolf season 3b. Check out the sneak peek video of tonight’s show below while you wait for the recap!

The show opens up with a man torturing Peter and Derek. They’re being electrocuted against a chain-link fence. The man wants to know where the “laloba” is, but Peter and Derek both say that they don’t have any idea what or who that is. One of the men is about to saw off Derek’s head when an older woman comes in and tells them to stop. She wants to know where the “She Wolf” is. She tries to persuade them to reveal where this she wolf is (perhaps speaking of Malia). They don’t. The woman knows that Derek won’t talk (she says his name) and, instead, decides to interrogate Peter — because he “likes hearing the sound of his own voice.” She cuts off one of Peter’s fingers and says he has nine more chances to give her the info she needs.

Meanwhile, Scott and Stiles are still in the forest searching for Malia — or answers. Stiles says he thinks he found something: a coyote den. They find some of Malia’s things. They call Stiles’ father and theorize that maybe Malia changed during the night of a full moon and caused the crash all those years ago. He doesn’t quite believe them. As he’s talking, Scott has a vision of sorts–of an Alpha attacking a small child. Scott’s dad shows up and gives Sheriff Stilinski a hard time.

In class, Kira gives Scott some information on Bardo. Mr. Yukimura asks Stiles to come up and read in front of the class but he can’t understand the words on the page. He has a panic/anxiety attack and is convinced that this is a dream. Scott confirms that it’s not a dream but Stiles is not convinced. Stiles says that a person has extra fingers in dreams. Together, they count Scott’s fingers. Stiles finally calms down, realizing that this is in fact reality.

Stiles isn’t convinced that their team will be able to help anyone in their current state. Scott says, “We can try. We can always try.”

Kira grabs Stile’s backpack to return it to him because he left it in class when Scott took Stiles out. As she goes to look for them, she runs into the Coyote (whom we think to be Malia). It chases after her and traps her in the locker room. Scott comes in and pushes over the lockers. Malia eventually runs away. It turns out that she wanted her baby doll, which Stile took from the crime scene.

Peter and Derek are still being tortured. They seem to be being held in a basement. On the top level, there are gunshots fired and a girl comes in to rescue them. It was the girl that saved Isaac. She reveals that Deucalion sent her to save them. As she urges them to “come one,” Derek says that he’s “not leaving without it.” What did they go there to retrieve?

Meanwhile, the team develops a plan to tranquilize the werecoytote. Isaac asks the question: “How will we be able to turn her back into a girl when she’s been a coyote for 8 years?” Scott thinks he’ll be able to do it with the sound of his voice — because that’s an Alpha ability. However, he realizes he doesn’t know how to perform this skill. He wants Derek to help him, but he can’t get a hold of him, so they decide to ask the twins for help — even though they haven’t been seen in weeks. The twins aren’t Alphas anymore, but the team thinks they might be able to teach Scott the skill. Stiles admits that he knows where they can be found.

Scott shows up to meet Ethan and Aiden and they begin beating him up. They say that he needs to let go and, in that process, gain control of his inner beast. They beat him up VERY bad.

Isaac and Allison prepare the tranquilizers, but her hands are shaky. She drops the vial. She bends down to pick it up. When she pops back up, she’s in a vision — trapped in the dream world. Kate’s there. Allison’s being eaten by wolves.

Allison eventually returns and, after almost shooting Isaac, asks how she’s supposed to help anyone when she’s like this?

The team all reunites. They want to capture Malia.

Meanwhile, Mr. Tate, Malia’s father, has set up countless bear traps in an effort to catch this coyote — the thing he thinks killed his family. Sheriff S shows up and says that he needs to disarm all of them because someone could get hurt. Mr. Tate looks at his screen door and discovers a hole; something has clawed its way in. Mr. Tate sees the werecoyote.

There’s a gunshot. Mr. Tate takes to the woods.

Stiles calls his father, who tells him to stay out of the woods. Stiles comes to the conclusion that the doll — the one Malia was following all over town —  is of major importance.

Isaac is running through the woods and gets caught in one of Mr. Tate’s traps. Allison comes along and finds Mr. Tate in the distance; she shoots him with a tranquilizer, but only after Isaac walks her through it, comforting her and telling her to breathe.

Stiles realizes that the doll’s not actually Malia’s but actually her sister’s. Her sister died in the crash and Malia wants the doll to be left at the crash site to honor her sister’s memory. Like flowers on a grave. He calls to tell Scott this news. As Stiles and Lydia are walking through the woods, Lydia steps in a trap — but it doesn’t spring up. If she takes her foot off the pressure pad, however, it will and her leg’s a goner.

Scott runs through the woods, chasing after Malia, all while Stiles tries to disarm the trap Lydia’s stuck in. He tries to read the disarming instructions on the trap, but he can’t read. She’s so sweet and tells him that he can do this, that he’s always the person “who figures things out.” Truth.

Scott confronts Malia and growls loudly — turning her back into a human. Sheriff S returns Malia to her father. Stiles waits in the car and, as he looks in the mirror, he manages to read “objects in the mirror may appear closer than they seem”

Back at the house where Peter and Derek were being held captive, they break into a chest made of mountain ash. Peter and Derek’s savior, the woman, retrieves a small object with the swirly symbol. We don’t know what it is.

Before the show ends, a mysterious figure arrives at the Nemeton. A hand rips out a small sapling, springing to life from the stump. Fireflies flood the night sky. The swarms slowly form into the shape of humans, covered in shadowy smoke.

DEMONS? Yikes. Tune in next week! We will!