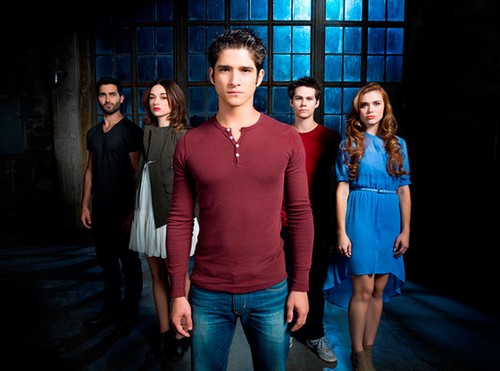 Tonight on MTV the popular show TEEN WOLF returns with a new episode called “Illuminated.” On tonight’s show, the teens throw a Halloween party. Meanwhile, Scott must earn Kira’s trust during an attack. Did you watch the last episode? We did and we recapped it here for you.

On the last episode, when a convicted murderer escaped just prior to a surgery, Scott and his friends tried to help the target.  We also got our first look at Doug Jones’ terrifying serial killer character.

On tonight’s show, Beacon Hills is under curfew after the power outage; the teens throw a blacklight Halloween party; Scott tries to earn Kira’s trust.

Tonight’s season 3 episode 16 is going to be an exciting one that you won’t want to miss, so be sure to tune in for our live coverage of MTV’s Teen Wolf at 10 PM EST! While you wait for our recap, hit the comments and let us know what you think of Teen Wolf season 3b. Check out the sneak peek video of tonight’s show below while you wait for the recap!

The show opens with kids smashing pumpkins. It’s Halloween. A horde of shadow figures, the ones that previously attacked Isaac, walk down the street. They approach the children.

Allison and Mr. Argent tend to Isaac, who was recently attacked. He’s distraught. He describes the figures: there were five of them; they wore masks; their eyes were yellow and glowing, like fireflies. Isaac says that they just appeared out of the shadows. Mr. Argent is suspicious of the figures — and he wants A and I to keep this info under wraps. He says that he thinks they might’ve been after him. We see Mr. Argent retreat into his room and examine an artifact in a small chest. It’s a mask — the one the shadow figures wear. This one, however, is cracked in half.

The gang is being interviewed by Scott’s father, who’s trying to deduce how they managed to find Barrow. He continues to suspect lies and deceit. Kira wants her phone back but Scott’s father tells her no. Kira is taken into another room to fill out paperwork before she can return home with all her things.

At home, Kira lights a candle and breaths, trying to take in the terrifying ordeal Barrow put her through.

Meanwhile, at school, everyone tries to cope with a day without electricity. Stiles opens his locker and a set of keys fall out. Scott wants to chat with Kira about what happened — but Stiles tells him to stay away until they can figure out what she really is.

Danny’s trying to throw a blacklight party but realizes the city is out of electricity. Ethan and Aiden decide to throw the party for the gang — in an effort to gain Scott’s trust so they can, one day, join his pack. Ethan is motivated by Danny; Aiden is motivated by Lydia.

Scott finds Kira. She says that she wants to show him something, something nobody’s seen before. She tells him to take a picture of her with the flash on. When he takes the photo, a golden aura appears on the pic. She says she doesn’t know why it happens, but it just started a few months ago. If someone sees these pictures . . . they’ll start to ask question. Scott and Kira realize they need to get her phone (compiled of a crap load of mystical selfies) back from the precinct.

Meanwhile, the shadow figures show up at Derek’s — right after he passed out some candy to some adorable trick o’ treaters.

The blacklight party is being thrown at Derek’s loft.

Stiles hooks Scott and Kira up with cardkeys to sneak into the precinct. He tells them how to sneak in effectively.

They get inside. There’s a person on staff, but they get around him all right. They head into the room where her phone’s being held. They find the phone and go to delete the pics but, of course, the phone is dead. They attempt to charge the phone up on a laptop. Stiles is keeping watch outside. Scott’s dad pulls up to the precinct. Stiles has to act fast. He runs in after Scott’s father, in attempt to warn Scott and Kira. They manage to get the pics deleted successfully.

Before Scott’s father enters the office, Stiles says, “Listen, I know why you hate my dad. Because he knows something about you. And I know it too.” Scott’s father is visibly shaken up by this. What could Stiles possibly know about Scott’s father? Does he have a terrible secret?

The neon rage party is in full swing at Derek’s loft. Isaac says that Derek can never know about this. Danny and Ethan have a moment. Danny gets his body painted and, as the lights flash and the music bumps, the shadow figures materialize. Danny thinks he sees something, but his mind doesn’t register the figures.

Ethan is going to get ice for the party. The generator they have powering the electricity is failing. The small lightbulb is flickering in and out. The shadow figures show up and take Ethan.

Stiles tells Scott about the key that somehow showed up on his keyring earlier this morning. Scott asks if they should go investigate, but a girl comes to kiss Stiles on the cheek. He gets distracted.

Scott and Kira are at the party, too. Allison notices Scott with Kira, which causes Kira to pull away from Scott. Scott realizes that he wants to be there with Kira, despite the awkwardness between him and Allison. He turns on his red eyes and examines the room; he sees Kira’s mystical aura, which takes the form of a fox around her body.

Allison stands beside Isaac. Isaac asks her if she’s told Scott about what happened.

Stiles has fun with Caitlin, the girl whose girlfriend died during season 3a.

Meanwhile, Lydia observes everyone at the party. She senses a strange energy in the room and sees the shadow men flickering in the distance. Nobody else seems to notice them. She calls for Scott but he doesn’t hear her.

She leaves the party to get some fresh air. A shadow man rises from the ground. Lydia tries to scream but the figure holds up his hand and steals her scream.

Danny goes up to Aiden asking for Ethan. Danny says that he hasn’t seen him in over thirty minutes.

Caitlin is kissing Stiles when Stiles realizes that there’s a luminescent fingerprint on the mysterious key he found in his locker earlier that morning. Caitlin tells him that someone must’ve been handling chemicals of some sort, as certain chemicals harbor ingredients that react under UV light. He has a lightbulb moment and runs away — though he doesn’t want to.

Allison is dancing with Isaac when she notices something behind his ear. It’s the number five.

Allison and Isaac stumble upon Ethan. He’s been marked with the same number as Isaac.

Next we see that Lydia and Derek have also been marked. So far, four individuals have been marked with this strange brand. Derek roars in the night. Scott, sitting beside Kira on the roof, hears Derek and wonders what’s wrong — because it’s a roar of anger and pain and distress.

Derek returns to his loft and shuts down the rave.

The shadow figures come and attack the gang. The werewolves are NO match for the supernatural forces.

They mark Aiden with the same mark.

Kira looks on. She realizes that Scott’s not what he seems. When the sun comes up, the shadow figures disappear.

Mr. Argent is seen coming back home; his hands are bloody and he collapses.

Stiles is seen unlocking the door with the mysterious key that appeared on his keyring. Stiles realizes that he wrote the message on the board in the chemical lab, as well as unlocked the chemistry cabinet for Barrow to hide in. Basically, Stiles left the message for Barrow; he orchestrated the attack. So . . . Stiles is to blame?