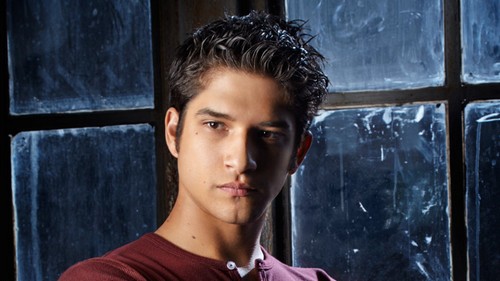 Tonight on MTV, the popular show TEEN WOLF returns with a new episode called “De-Void.” On tonight’s episode, Scott and Lydia join forces. Meanwhile, Stilinski faces a review board. Did you watch the last episode? We did and we recapped it here for you.

On the last episode, an important clue was revealed in the story of a World War II internment camp; Kira’s role was more crucial and she discovered unusual abilities. The chaos around Stiles continued with full force, Isaac got better but had his own issues, and the tension between Chris and Derek finally began to boil and bubble

On tonight’s episode, Scott and Lydia combine abilities in an attempt to gain the upper hand; Stilinski’s future will be decided by a review board.

Tonight’s season 3 episode 22 is going to be an exciting one that you won’t want to miss, so be sure to tune in for our live coverage of MTV’s Teen Wolf at 10 PM EST! While you wait for our recap, hit the comments and let us know what you think of Teen Wolf season 3. Check out the sneak peek video of tonight’s show below while you wait for the recap!

The show opens up with Scott and Kira riding Scott’s dirt bike toward the scene of the Nogitsune.

Meanwhile, Sheriff S and the Nogitsune face off. Sheriff S locks up his son, who breaks out of the cuffs immediately. Allison, Derek, and Chris show up. Each of them try to thwart the Nogitsune, but their attempts are blocked. Chris draws his gun and wants to shoot Stiles, but Sheriff S draws his gun on Chris. The Nogitsune tells them both to shoot him, and Allison realizes that all this dark spirit wants is to cause strife between friends — he wants to absorb chaos.

The Oni show up at Derek’s loft, the scene of the showdown. By the time Kira and Scott arrive at the loft, the Nogitsune has disappeared.

Mrs. Yukimura arrives at Eichen House — The Nogitsune shows up, too. She’s holding onto her last “tail.” The Nogitsune slices himself with it. “What have you done?” Mrs. Yukimura asks. Thousands of flies unleash from the gash wound in Stiles and fly through Beacon Hills. We see one of the flies enter Isaac.

Scott and Kira return to his house. She’s staying with him, as she doesn’t want to return home — she feels betrayed by her parents after they’ve lied to her all these years. Scott says he’ll sleep in the chair, but Kira wants him to sleep in the bed with her. Before they kiss, she tells Scott that they’ll find a way to rescue Stiles.

As they fall asleep, a fly lands on the window glass.

Allison and Chris return home to their apartment. Allison asks her father whether or not he was ACTUALLY going to pull the trigger on Stiles. He says, “I’m not sure.”

When Allison enters her room, Isaac is sitting on her bed. He’s obviously possessed, but Allison doesn’t notice. Isaac kisses her.

In his loft, Derek examines the chess board he took from Stiles’ room. Derek thinks that if he can figure out the plays, then he can stop Stiles in the future. However, Peter tells Derek that nothing will be able to stop a trickster spirit — especially when chess has always been Stiles’s game. Derek was cut by the Oni during the previous skirmish. A fly enters Derek’s gash wound, which is slow to heal because it was dealt by a demon.

In the locker room, a fly enters Ethan.

Aiden and Lydia are in the car driving. She gets a sudden panic attack and has to pull over. In the parking lot where she stops, she finds Stiles laying there. Meanwhile, a fly enters Aiden’s ear.

So far the people who’ve been “invaded” by the Nogitsune’s flies are . . . Ethan, Aiden, Isaac, and Derek.

Isaac wakes up in Allison’s bedroom. He takes her weapons after saying Ethan and Aiden need to be stopped. Allison tells him to stop, to not go through with this — Isaac says that he thought she would’ve said that. Allison rips her covers off only to find her legs cuffed to the bed.

Scott and Kira bring Stiles back to the house. Melissa says that he needs a hospital, but Dr. Deaton says that he might have something better. He gives Stiles Kanima venom. Stiles wakes up and tells Aiden that his twin brother is in danger and that he should get to the school . . . before it’s too late.

Chris is about to leave his apartment when Derek shows up and stops him.

Melissa is dressing Stiles’s wounds and tricks her into removing his mouth tape. He tells her, “What do you think Scott will do once he finds out why his father really left?”

Scott, Dr. D, and Lydia try to figure out a way to save Stiles, as the Kanima venom won’t last long. Lydia says that the scroll said they needed to “change his body.” They think changing him into a werewolf will help push the Nogitsune out — but Scott is reluctant. He doesn’t want to accidentally kill his friend. Scott wants to call Derek . . . but Lydia has another idea. They call Peter.

Peter examines Stiles. Peter doesn’t think he’ll be able to survive a werewolf bite. Peter says there are better ways to win this battle. He grabs Scott’s claws and says . . . “We’re going to get into his head.”

At the school, Ethan and Aiden start fighting. Isaac shows up and tazes them both.

At the house, Lydia encourages Peter to help them. If he does successfully, she’ll tell him the identity of his daughter (who is Malia).

At the school, in the locker room, Kira shows up and gets in Isaac’s way. Allison shows up, too, and tries to pull Isaac back to reality. Next, the twins and Isaac go at it as Kira and Allison find refuge in Coach’s office.

At Scott’s house, Scott inserts his claws into the necks of Lydia and Stiles. Scott and Lydia wakes up in Eichen House beds and are restrained. They appear to be in the confines of Stiles’s mind.

Meanwhile, Derek is dousing Chris in lighter fluid. “You burn my family I burn yours.” He says he’s not going to burn him though — not until Allison comes home.

At the precinct, Sheriff Stilinski (whose job has been saved by Agent McCall) encourages Agent McCall to “just tell his son” what he came here to tell him. Mainly, why he left Beacon Hills in the first place.

In Stiles’s mind, Lydia and Scott break free from the bed restraints.

Scott leaves the room, but Lydia is locked inside. Lydia is having visions. School dance. Then she sees the Nogitsune, bandaged.

Scott is kissing Allison. (in the dream world).

The Nogitsune chases after Lydia.

In the real world, Lydia’s nose starts bleeding. Peter screams, “Lydiiiiaaaaa! You’re stronger than this!” She hears his scream and so does Scott. They break free of their illusions and find themselves in a white warehouse. In the middle of the warehouse sits Stiles. He’s sitting across from the Nogitsune. They’re playing a game of chess.

Kira and Allison continue to fend off the twins and Isaac. They hold their own.

Derek continues to talk with Chris, who’s bound in a chair. But Chris eventually gets out of the chair and grabs a gun under his desk. He doesn’t want to kill him.

In Stiles’s mind, Lydia tells Scott that he needs to howl — to signal to Stiles that his pack leader is here to save him. Scott agrees to this and roars, which jostles the real Stiles’ awake. Stiles pushes away the chess game and, in doing so, the Nogitsune’s hold over him supposedly disappears. And those who were possessed by the flies also return to their normal states.

In the real world, Scott and Lydia wake up. Peter doesn’t care if it worked or not — he just wants the name of his daughter. He pulls Lydia aside and, a girl of her word, she reveals that his daughter’s name is Malia. Stiles is the last to wake up.

Stiles, awake, throws up a long bandage. When the bandage finishes its exit, the bandage man crawls out of the pile.

Dr. Deaton and Scott pin the bandage man down on the couch — with the “real” Stiles supposedly safe and off to the side.

But . . . . when Scott unwraps the bandaged man’s face, Stiles is inside.

And Lydia, Peter, and “Stiles” (one version of Stiles) disappear.

Where’d they go? Tune in next week!