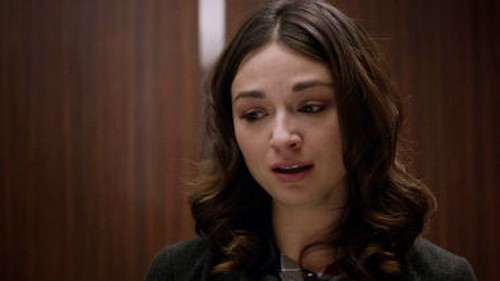 Tonight on MTV, the popular show TEEN WOLF returns with a new episode called“The Fox and the Wolf.” On tonight’s episode, Kira discovers new and unusual abilities. Did you watch the last episode? We did and we recapped it here for you.

On the last episode, Stiles checked himself into a mental hospital. Shortly after his arrival another patient committed suicide and he met his roommate, Oliver. It was revealed that Chris Argent and Deaton were working together. Deaton needed a hidden scroll in his quest to cure Stiles. In the mental hospital, Stiles encounters Malia Tate.  After group therapy with Ms. Morrell – the school guidance counselor and aid to Deaton – Stiles was told that he must stay awake if he wanted to prevent the nogitsune from taking over again.  Malia left the mental hospital in search of Scott.

On tonight’s episode, an important clue is revealed in the story of a World War II internment camp; Kira’s role is more crucial and she discovers unusual abilities. The chaos around Stiles continues with full force, Isaac gets better but has his own issues, and the tension between Chris and Derek finally boils over after Derek confronts Chris about burning his family.

The show opens with a flashback to 1943. A soldier asks his friend: What gets broken without being held. The answer? A promise.

What has teeth but doesn’t bite? The answer? A comb.

What has a neck but no head? A bottle.

The soldiers are unloading bodies, throwing them into graves. The bandaged man, the Nogitsune, rises out from the pile of bodies and proceeds to kill the two soldiers.

Mr. Yukimura is in his classroom. He hears the buzzing of a fly. He smashes it with a book. Stiles comes in and asks him, “Where’s she hiding them?” He asks for the little knives — the physical representation of Mrs. Yukimura’s nine tails. Stiles says, “The older the tail, the stronger the oni. Am I right?” Stiles orders the fly that was smashed under the book to invade Mr. Yukimura. It flies down his throat. “They talk. They always talk,” the nogitsune says.

Scott shows Kira the picture of a woman that looks just like her.

Scott and Kira arrive at the school after getting a distress call from Mr. Yukimura. Mrs. Yukimura is also there. Kira hands her father some “magic mushrooms” that causes him to throw up the cursed fly. Next, Kira orders Mrs. Yukimura to tell them everything — what is going on with the nogitsune? Scott shows the picture, containing the girl that looks like Kira, to Kira’s mother.

Kira also presents her mother with a sword, which is broken. She says that the last time this sword was used was in 1943 — the time when the nogitsune was last defeated.

We enter a flashback. There’s a small boy running through the camp. He enters a boarding room where Mrs. Yukimura, as her younger self, is currently living. She gets in an argument with an older woman about stealing and following the rules. A baseball is thrown out the window and soldiers come in to harass the residents.

Meanwhile, in present day, Mrs. Yukimura and Kira try to put together the samurai sword. But Kira won’t help until she knows her mother’s full story.

At the station, Sheriff Stilinski thinks the nogitsune is using his dead wife’s illness as a way to trick and weaken Stiles’s mind. He wants Chris and Derek to trap Stiles — but not hurt him.

Back in 2943, young Yukimura is having a fling with a young medic. He tries to convince her to stop stealing from the convoys.

We jump back to the present day. Kira tells her mother to stop telling her about her Casablanca love story. Scott interjects, “You’re just stalling. When the sun sets, the oni will come for Stiles.” Scott wants Mrs. Yukimura to call off the oni, but she’s hesitant. She wants Stiles destroyed. She tells him that Stiles is not Stiles any longer. “He’s nogitsune now. He’s void,” she says. “He’s gone.”

Allison, Chris, Derek, and Sheriff Stilinski gather all their nonlethal trapping gear. They split up. They’re worried about their plan — and they think that the nogitsune is just anticipating their next moves. “We’re trying to outfox the fox,” Chris adds.

Mrs. Yukimura continues to talk about her love, who was about to be relocated to South Africa in a few weeks. We return to the flashback . . . . young Yukimura and the medic kiss. Someone pulls up in a car. They eavesdrop on soldiers and the doctor, who’s being paid off.

In present day, Mrs. Yukimura cuts herself on one of the samurai sword shards. She heals instantly — one of the kitsune’s talents.

Back in the flashback . . . . everyone is dying of a pneumonia, except for young Yukimura because a kitsune never gets sick, never gets ill. The young medic says that there’s not enough medicine to help everyone in the camp, but young Yukimura is certain that she saw more medicine on the trucks when she stole the goods at a previous time.

In present day . . . . Mrs. Yukimura tells Scott and Kira that the doctor at the camp was selling the rest of the medicine on the Black Market.

Back in the flashback . . . . young Yukimura and her friends begin to incite a riot. They want medicine. They want the doctor dead.

In present day, Mrs. Yukimura confesses that she tried to get the riot to stop, but nothing she did helped the matter. She’d never seen anger and hate this intense before. The old woman with whom young Yukimura chatted with earlier turns out to be a werewolf, and she throws a molotov cocktail on young Yukimura’s love. Turns out that this old woman was trying hard, very hard, to suppress her werewolf side — but, when provoked, anger can take over. She went into a fitted rage.

Meanwhile, Sheriff S and Allison are in the elevator at the hospital. She breaks down and says how terrified she is — how she’s always terrified and never fearless, despite the facade she’s constantly wearing. She’s worried for Isaac’s health. She’s not sure if they can trust Derek. She’s not sure what her father’s thinking. She worries about everything. She breaks down and buries herself in Sheriff Stilinski’s shoulder. The Sheriff gets an alert that someone has broken into his house. The security camera appears on his phone. Stiles is sitting in his room. He waves at the camera creepily.

1943 . . . . The riot continues. Young Yukimura is shot. She falls to the ground, alongside everyone else.

Present day . . . . Mrs. Yukimura, as she works to restore the blade, says that she was shot many times. She says she fought every bullet but her healing power was working slowly. She says that the soldiers were covering up the murders, the slaughter. She was thought to be dead and put in the truck beside all the bodies. Her love, named Rhys, died. All bandaged up and burned, he was thrown in the car alongside her.

Mrs. Yukimura says that she wanted the prisoners of the camp and the soldiers to pay for what they’d done. Next, she reveals what she did. Being too weak to in her current state, she called upon her ancestors for a dark spirit, a nogitsune, to inhabit her body and fill her with strength. So she could exact revenge on the evil people controlling the camp. But, as she says, the nogitsune inhabited the body of Rhys instead. The fox, a trickster spirit, has a cruel sense of humor. As the dark spirit escaped, her body began to heal, so she got away.

She said that the dark spirit brought more strife and chaos than one could’ve ever imagined.

1943 . . . . Young Yukimura shows up at Eichen House, only to find the aftermath of the nogitsune. Countless bodies litter the grounds of the asylum. She battles the nogitsune, ultimately destroying him with the blade that they’re currently trying to reassemble in the present day.

Present day . . . . Mrs. Yukimura says that, in order to restore the blade — which was shattered after stabbing the nogitsune — they need a strong bolt of lightning. She says that she can’t do it because she’s not a Thunder Kitsune. Kira goes to work and manages to repair the blade with her blue lightning. Mrs. Yukimura presents her daughter with the sword. Her power is now her daughter’s power.

When Kira and Scott leave the classroom, Mrs. Yukimura reveals that she buried the nogitsune’s spirit, in the form of a fly, beneath the Nemeton. She also reveals that it was the children’s sacrifice (the ritual they did last season) that freed the demon spirit.

Before the episode ends, we see Sheriff Stilinski arrive at Derek’s loft, where Stiles is currently waiting for him. “Hi, Dad,” he says.