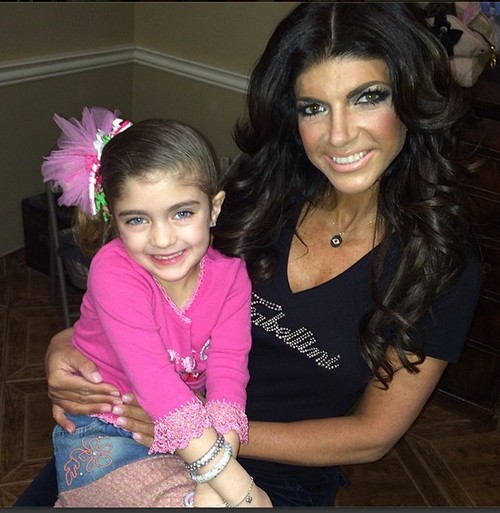 It looks like Teresa Giudice has finally had enough. Finally after years of being disrespected, cheated on and played for a fool the Real Housewive’s of New Jersey star is planning on pulling the plug on her 14 year marriage to Joe Giudice. It seems that being tangled in his legal trouble and facing the possibility of a prison sentence herself has shocked Teresa to her senses. According to the March 31st print edition of Life & Style magazine the marriage is over and after their final court appearance in July she will be making that official.

Sources say that Teresa and Joe’s marriage has been dead for years and that they just made it look good in front of the cameras. Those days are about to come to an abrupt halt. Joe will no doubt be sentenced to a few years behind bars and then quite possibly deported back to Italy. Teresa has no intention of playing the good little wife while Joe goes away. Instead she is ready to tackle life as a single mom.

Do you think that Teresa is better off without Joe or is she exactly like him and just lets him take the fall for everything? As far as relationships go, these two have been toxic for a very long time. Do you think Joe’s shadiness rubbed off on Teresa or was she drawn to him because they function in the same dishonest way? If she does distance herself from Joe can she redeem herself in the eyes of the public? Tell us your thoughts in the comments below!