Teresa Giudice’s Pre-Trial Coach Wendy Feldman is a Convicted Criminal Who Stole Over $4,000,000 From Clients 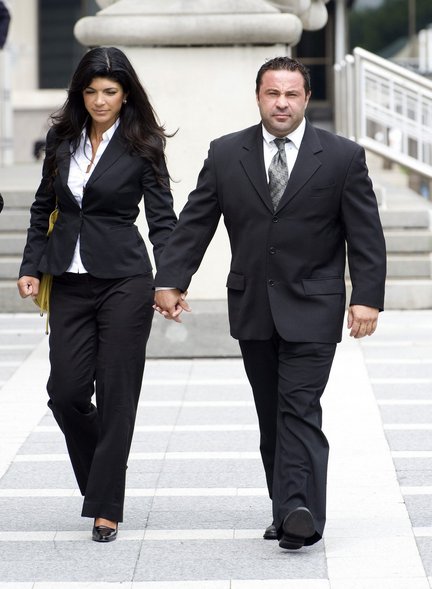 Teresa Giudice’s fraud trial is rapidly approaching. The star of Real Housewives of New Jersey will attend another hearing on April 9. Hopefully her team will be ready to help her face the music.

NJ.com is reporting Teresa’s lawyer is still unsure of the actual allegations she faces. They want a more comprehensive list of the items for which she was indicted. Tre’s lawyer told the Star-Ledger “The indictment repeatedly uses vague and amorphous words and phrases, but fails to provide additional detail to allow Teresa to defend herself against these allegations.” If I was Teresa I would be nervous that my lawyer isn’t sure how to defend me.

Another person in Teresa’s pre-trial team may also not be so trustworthy. It’s been reported her pre-trial coach Wendy Feldman went to jail for fraud. She was previously known as Wendy Feldman Purner. Per court documents “breached the trust of her brokerage customers and investment advisory clients and engaged in fraud when she misappropriated $4,145,000 from their accounts….While associated with a registered broker-dealer and investment adviser, and later at her own investment advisory firm, Purner received money from her customers and clients to invest and manage.“

Perhaps Teresa hired Wendy because she would have insight into her particular case. I don’t think I would trust a former crook to help me through this crisis. Teresa’s goal is to be acquitted of the 41 counts of fraud against her, not to prepare to go to jail.