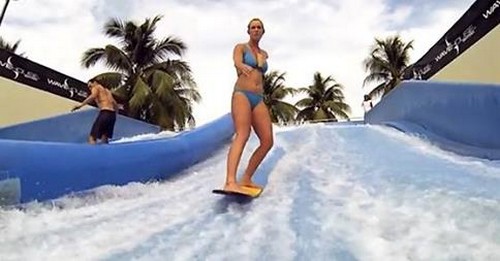 Tonight on CBS the Emmy award winning show The Amazing Race hosted by Phil Keoghan returns for yet another exciting installment in an all new Friday December 5, season 25 episode 10 called, “Smells Like Dirty Tube Socks” and we have your weekly recap below. On tonight’s episode, the race continues in Manila, Philippines, where the four remaining teams get muddy with an ornery ox during a switchback challenge from Season 5.

On the last episode, one dangerous misstep let a Racer dangling 600 feet high in the Singapore sky, while a traditional Asian detox left several teams writhing in pain. Did you watch the last episode? If you missed it, we have a full and detailed recap right here for you.

On tonight’s episode as per the CBS synopsis, “teams race to Manila, Philippines where they get muddy with an ornery Ox during a memorable switchback challenge from season five.”

#AmazingRace picks up again in Singapore. Adam and Bethany leave first. Teams have to fly to the Philippines starting in Manila and get a clue from a flower vendor. They head to the travel agent and Bethany is worried after making a bad flight choice last time. They will arrive at 11 p. The Wrestlers head to a travel agent and Brooke says she never thought they would get so far in the game since they’re not that smart. They end up on the same flight as Adam and Bethany.

Jim and Misti get their clue and decide to head to the airport instead. The scientists want to call a travel agent on their way to the airport. They ask the taxi driver to use his phone and he lets them. They are leaving last so they’re trying to strategize to get their faster. They also get on the 11 pm flight and snag the last seats pushing Jim and Misti onto a later flight even though they left ahead of them.

Jim wonders how the scientists got on a flight ahead of them. Brooke is surprised that the dentists screwed up again. In Manila, all three teams on the first flight run through the airport. The Wrestlers get an early lead followed by the surfers and scientists. There is a sign at the flower vendor saying they can’t get their clue until 6:30 am. This lets Jim and Misti catch up.

Next morning, the Wrestlers gets their clue first. They have to hop a jeepny to find a restaurant to get the next clue. They’re all loving the jeepnies. Brooke starts freaking out over some of the smells and Robbie says it smells like dirty tube socks. Jim and Misti get upset seeing all of the little bittie kids sitting in the street, dirty and not being cared for.

They all get to the correct area and have to finds Salinas Specials. All teams collect their clues and it sends them to a #Detour – catch or coach. They can catch and transport 300# of fish or assemble a side car and mount it to a motorcycle. All but the Wrestlers head to the side car coach challenge. The scientists are walking and Jim says they’re going to get a penalty for not following directions.

The scientists are jogging along then realize they didn’t read that they were supposed to be on a motor tricycle and have to run back. They get in one and they are in dead last at this point. The Wrestlers get to the fish market and find the stall for the catch #Detour. They get buckets and have to bring fish from the water. They have to walk into choppy water with the bucket.

They fill their bucket and then they walk it back. They have to fill three full buckets. It looks very physically demanding. The surfers and dentists make it to the coach #Detour at the same time. They have to attach the sidecar to the motorcycle. Jim says putting things together is no problem for him. He takes the lead for them and Adam for the surfers.

Brooke and Robbie make it back with their first bucket and Robbie is being squeamish about touching the slimy fish. Brooke cuts her finger because the fish are bony. He is being much more girly than she is and complains the whole time. The scientists finally make it to the cycle shop. The Wrestlers run back for round two of the fish.

Brooke says the bucket gets too heavy and then water gets in and makes it heavier then waves steal some of the fish. They start arguing with each other and spill some of their fish as onlookers gape at them. Brooke gets another cut on her hand and it’s hurting her. They realize they are going to have to do four exhausting trips.

All three teams are working on their bikes – there’s no instructions, you just have to look at other bikes. Jim thinks they’re close to being done. Maya says they’re not mechanics but says she has put together a homogenizer at work. Jim says all they have to do is tighten their nuts and bolts. Bethany wonders how the fishing is going and says she didn’t want to go in the water because it looked gross.

Jim and Misti call for a judge and he’s confident but the guy says it’s no good and won’t tell them what’s wrong. They put the shocks on the wrong way. Jim tries to figure it out but doesn’t spot the problem. A storm is blowing up on the ocean and Robbie and Brooke still have one bucket full left. It starts pouring on them and it actually gets them more pumped up.

Rain starts pouring and leaking on them at the cycle shop too. Adam calls Bethany a #GreaseMonkey as she works. Jim calls for the judge again and he says no good. They didn’t change the shocks – that’s the problem. The Wrestlers make it back with their last bucket of fish and They get their clue and whoop and holler. They have to go to some rice fields next.

They head out in the cycle with side car. The surfers call for a judge. He checks them and hands over their clue. This puts them in second. The dentists are still trying to figure out what they did wrong. Jim has no idea what he’s done wrong. He’s looking at little things and isn’t seeing the glaring error. He says it’s like Copenhagen all over again.

He says he didn’t connect the shocks because he was focusing on the little details. He corrects it. The scientists call for a judge and he looks it over and says it’s no good. The wrestlers are the first to the rice paddie. They are shocked that they’re in first place. They see the clue box out in the middle of the paddie. They run out and grab it.

They get a #Switchback called my ox is broken. This was used back in season 5 and frustrated everyone. They have to use an ox and a plow to dig up their next clue. Brooke is an animal person because her grandparents are farmers. She picks out an ox she thinks looks strongest. She takes the lead rope and the plow handle. Robbie freaks out when their ox starts pooping.

He says there is a lot more than mud and clues in that water. The paddies are huge and Brooke says it could take hours. The dentists call for the judge and he hands over their clue. Misti hugs the judge and they take off. This puts them in third place. Brooke thinks she sees something and tells Robbie to dig in it. He’s freaking out. They didn’t get it and keep plowing as they see the surfers pull up.

They read their clue and Robbie tells Bethany they’re walking through ox poop. Adam and Bethany go to a pond that the wrestlers think may be smaller than theirs. Adam says he’s plowed a field before but with a tractor not a plow. The judge approves the scientists’ cycle and they get their clue and head out. Brooke is lamenting that they picked a larger pond and says they could be there for hours.

Adam plows and Bethany digs through muck looking to see if he’s turned up the clue. It also starts raining on them. Jim and Misti make it to the paddie followed by the scientists. All four teams are there so it’s neck and neck. Jim and Misti find theirs right away. The scientists then nab theirs. They are told to head to the rice farm that’s the pit stop for this leg.

The dentists and scientists head out. The rice farm is very close. Jim and Misti are running for it and the scientists are hot on their heels. It’s not enough – Jim and Misti take first and then the scientists a close second. Misti and Jim are told they are team one again and have won a trip from Travelocity to Vietnam. The other two teams are still mucking around.

Bethany finds their clue just as Brooke finds theirs. They are both off and running. Brooke and Robbie are in third right now. They all are running and Brooke is in pain because she has no shoes on. The Wrestlers throw down their packs but Adam and Bethany get ahead of them. Phil tells Brooke and Robbie they’re last but won’t be eliminated. They are thrilled.

Phil tells them they will be hit with a speed bump on the next leg of the race. Phil says they are really close to the end of the race and asks who’s going to win it. The scientists say they hope they’ll be the third all female team to win. Adam nicely wishes all the other teams good luck.