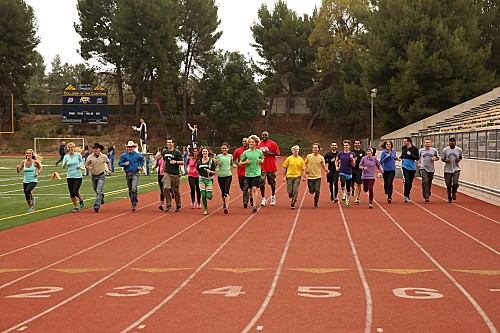 Tonight on CBC their Emmy award winning show THE AMAZING RACE continues with the season 24 premiere called, “Back in the Saddle.”  On tonight’s episode eleven all-star teams compete for a chance to win the $1 million top prize as the 24th season begins. However, in a dramatic twist, one duo won’t make it to the starting line. The other pairs jet off to Guangzhou, China.  Did you watch last season’s finale?  If you want to know what happened, we have a full and detailed recap, right here for you.

Phil Keoghan returns as the host and this season 11 all-star teams will embark on a trek around the world for approximately 25 days. At every destination, each team must compete in a series of challenges, some mental and some physical, and only when the tasks are completed will they learn of their next location. Teams who are the farthest behind will gradually be eliminated as the contest progresses, with the first team to arrive at the final destination winning.

On tonight’s episode eleven of the most memorable teams return for another Race around the world, but in a dramatic series first, one team will not make it to the starting line.  “After a thorough examination, our doctor determined that one team is not capable of going because of a medical concern that we had about one team member.”

The Season Premiere of The Amazing Race opens tonight with a quick intro of all the all-star players. The all-stars take the field and prepare for start of the race. Phil the host reveals that the night before the race was to start, one of the racers had a medical emergency. After ta trip to the hospital it was revealed that Bopper is not healthy enough to race around the world. Bopper wanted Mark to continue the race without him, so Mark will be racing with Mallory, another Amazing Race alum that hails from Kentucky.

Tonight the Amazing Race all-stars will be travelling to China. There is a marching band, full of hundreds of musicians, they have to find the musicians with a symbol on their hats and bring them back to Phil. Once they bring the musicians back to Phil, he gives them their plan tickets to head to China. The all-stars take off and begin searching for the symbols, racing to make it on the first plan trip to China.

Mark and Mallory, Dave and Connor, Brendon and Rachel, and Leo and Jamal have already arrived at the airport and are waiting for their flights. The first flight full of Amazing Race contestants has already taken off.

When the all-stars arrive in China they have to immediately find taxis and head out on their next mission. There are three Chinese dress-shops hiding in the city, with a limited number of clues inside the shops. Apparently, there are hundreds of dress-shops in China, so they have their work cut out from them.

Jet and Cord find the first clue and are off on their next mission. They have to head to the Canton Tower to find their next clue. Dave and Connor are the second team to get the next clue,and Brendon and Rachel are currently in third place.

Jet and Cord have already arrived at Canton Tower, now they have to search the bubble car in the tower until they find the clue. The first car they climb in says “try again” unfortunately they have to wait until the ride is over and then they can try another car. They finally find the next clue and it instructs them to head to “the stadium at the river below you.” The other teams are arriving at the tower as Jet and Cord are leaving.

Jet and Cord have arrived at the stadium and received the first Road-Block. Cord takes on for the team and rides to the top of the stadium, a three hundred foot climb, once he reaches the top he must hang from the tower and dangle in the air and do five somersaults in the air. Cord completes his mission and receives the next clue.

Jet and Cord are en route to the pit stop. They arrive at the opera house first, and receive two Express Pass. They have to pick another team that they think deserves the second Express Pass. Brendon and Rachel are the second team to arrive at the Pit Stop. Meanwhile Connor and Margie are at the stadium doing their somersaults three hundred feet in the air. Dave and Connor arrive in third place. Nattalie and Nadiya are still at the tower trying to find a clue.

Mark and his new partner Mallory arrive at the Pit Stop in sixth place, followed the Harlem Globe Trotters team. Caroline and Jennifer arrive shortly after them in ninth place. Natalie and Nadiyah and Joey and Meghan are currently in a race for last place.

Joey and Meghan arrive at the Pit Stop in tenth place. Twin sisters Natalie and Nadiya have been eliminated from The Amazing Race All-Stars.