BY Amanda Austin on March 26, 2014 | Comments: one comment
Related : Recap, Television, The Americans 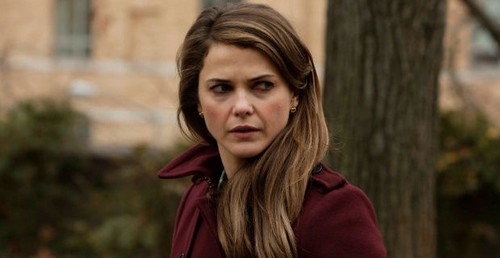 Tonight on FX another new episode of THE AMERICANS is on for you to enjoy. In “The Deal,” Philip and Elizabeth are assigned a new handler. Meanwhile, Stan searches for a missing scientist.

On last week’s episode just when Philip and Elizabeth thought they have a quiet road ahead, an old friend returned to complicate things. Not only did they have to intercept a target who could prove valuable to the Soviet Union, but they also had to take on an important rogue mission without the support of the Centre. Divisions inside the Rezidentura deepened between Oleg and Arkady and there was an upheaval at the FBI as the chickens came home to roost for Agent Gaad. Meanwhile, Martha’s frustrations threatened to blow Philip’s cover.  Did you watch the last episode? If now then you’re in luck because we have a detailed recap of it for you right here.

On tonight’s episode Philip and Elizabeth are finally assigned a new handler as Philip works to clean up the mess of the last operation and Elizabeth, in disguise as Clark’s sister Jennifer, does her best to smooth things over with Martha. As Stan searches for a missing scientist, Oleg and Arkady continue to argue over how best to handle the situation on their side, leaving Nina once again caught between the FBI and KGB. Written by Angelina Burnett; directed by Dan Attias.

Tonight’s episode looks like it is going to be a great episode and you won’t want to miss it, so be sure to tune in for our live coverage of FX’s “The Americans” Season 2 episode 5 at 10 PM EST! While you wait for the recap, check out our sneak peek video of tonight’s episode below!

Tonight’s episode of The Americans opens where we left off last week, after a kidnapping gone wrong. Phillip and Elizabeth are stuck with a man that jumped them while they were trying to kidnap Anton Baklanov, and Anton and his mistress escaped in their car. The police are circling the streets, because of the shots that were fired. They stop and shine their lights on Elizabeth and Philip as they try to walk their captive down the street, they explain to the cops that the man is drunk and they are walking him home.

Martha has filled out her application and listed Clark as her husband, since he didn’t answer his phone all night she assumed he wouldn’t mind.

Elizabeth arrives at home and Paige is still up in bed. Paige is still upset that her parents won’t let her go to church youth group with her friend, Elizabeth tells her she doesn’t care what she reads she just doesn’t want her hiding things.

Elizabeth receives a strange phone call from a man claiming he works at Columbia House Record club, and insists that Phillip is three months behind on his payments.

Phillip is tying up the man they kidnapped while they were trying to kidnap Anton. He doesn’t have anything useful to say though.

Stan receives a phone call alerting him that Anton hasn’t returned home and his wife is suspicious. He leaves his wife sketching in her sketchpad, which she claims is “soul retrieval” and heads back to the office.

A woman named “Kate” arrives at the building where Phillip is holding his captive. She says she is Claudia’s replacement. He tells her he needs her to find him a new safe-house ASAP.

“Jennifer” AKA Elizabeth arrives at Martha’s house and pretends she is looking for Clark. “Jennifer” says that she heard Martha’s messages on Clark’s machine and she felt terrible so she wanted to let her know that he ditched her too.

Stan is pulling phone records and files on Anton. According to Anton’s wife he “makes things disappear” like David Copperfield.

Phillip is still hanging out with his captive in the safe-house. Phillip tells the captive that he doesn’t have to kill him, they want Anton. They could trade him for Anton.

Elizabeth/Jennifer is trying to convince Martha not to list Clark on her application. She reminds her that Clark isn’t allowed to be married to any one inside the department. Martha is drunk, and bragging about her sex life with Clark to Jennifer (who is really Elizabeth).

Arkady is on the radio trying to broker a deal with the Israelis. They have no interest in saving their agent that Phillip kidnapped, they are actually denying they know what they are talking about.

Elizabeth/Jennifer is putting drunk Martha to bed and tucking her in.

The cops are still circling the safe-house. The captive says that he needs to use the bathroom, so Phillip escorts him to the toilet. Phillip refuses to untie the man’s hands, so while he is wiping his butt for him the man tries to escape to no avail. Phillip overpowers him and ties him back up.

Arkady and Oleg are still bumping heads, Nina tries to speak to Oleg. Oleg reminds her that he read her file on Stan Beeman, and he knows something suspicious happened to Vlad. He wants to know what is really going on.

Elizabeth meets up with the Navy sailor, Brad, whom she seduced and convinced that she was a rape victim. He copied all the files on the captain that she and Phillip think may have been involved in Liam and Leann’s murder. Once she has the files she promptly breaks up with Brad.

Nina meets up with Stan and he asks her if she knows anything about a kidnapped scientist. She says everyone was behind closed doors today and she has no idea, but she does offer up that Oleg and Arkady were arguing.

Kate has finally returned, Phillip asks her if she got him a new safe-house, and she tells him that he “doesn’t need one.”

Stan and his men are staking out Oleg, and following him. They think that if the soviets have Anton, Oleg may be careless enough to lead them to him.

Phillip and his captive arrive in an abandoned alley. The Israelis have handed Anton over in exchange for their Agent. Anton tells Phillip that he will be of no use to the Soviets in Russia and they will be making a mistake sending him. He begs Phillip to let him work for them from the United States. He promises to hand over lasers, infareds, a several other valuable weapons if Phillip doesn’t send him to Russia. Phillip continues driving and ignores Anton’s sobbing. Anton calls Phillip a “monster.” He says Phillip has “no feelings and no humanity and he might was well be dead.” Phillip continues driving, unfazed.

Stan and his men are still following Oleg. They followed him into the Port of Baltimore, shipping docks. Stan drives up to Oleg’s car, and pulls out his gun, Oleg is already waiting for him. He tells Stan he saw him on his tail an hour ago. He tells Stan to put the gun away and tells him he wants to talk about Nina. He tells Stan he knows about him and Nina’s relationship, and he wants to make a deal. He wants Stan to give him something in exchange for Nina’s safety, and then tells him they will “talk again” and leaves.

Phillip hands Anton over to two KGB members and they board a ship with him. He heads home and finds Elizabeth sleeping on the couch waiting for him. She tells him that she spent the evening with his wife and “Clark has some explaining to do.”