BY Amanda Austin on May 14, 2014 | Comments: one comment
Related : Recap, Television, The Americans 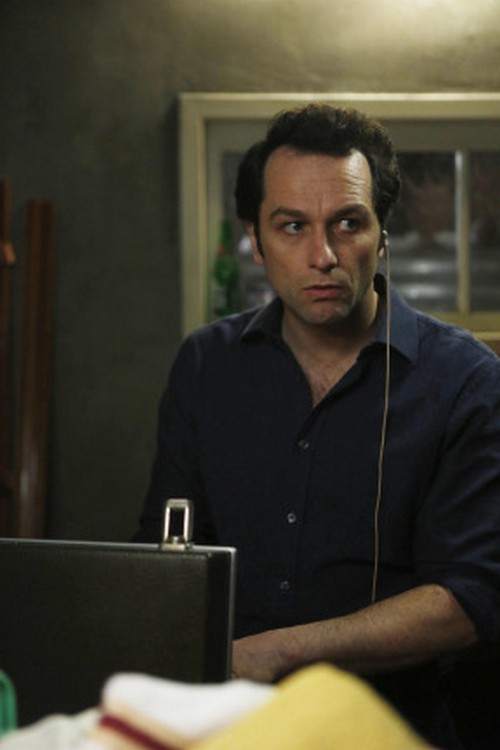 Tonight on FX another new episode of THE AMERICANS is on for you to enjoy. In “Operation Chronicle,”  Philip prepares Fred for a crucial mission. Meanwhile, Stan is forced to make an impossible choice.

On last week’s episode Elizabeth made a shocking discovery about Kate. Philip pursued a contact for information about stealth. Stan continued his pursuit of the illegals.  Did you watch last week’s episode?  If you missed it, don’t worry we have you covered with a full and detailed recap, right here for you.

Tonight’s episode looks like it is going to be a great episode and you won’t want to miss it, so be sure to tune in for our live coverage of FX’s “The Americans” Season 2 episode 12 at 10 PM EST! While you wait for the recap, check out our sneak peek video of tonight’s episode below!

Tonight’s episode of The Americans picks up where we left off last week. Phillip and Elizabeth have just left their Handler Kate’s apartment and learned that Laric has taken her and she left a note for them telling them to “Get Jared Out” (Jared is the son of their murdered partners Emmett and Leann). Elizabeth lies to her daughter Paige and tells her she has to run to the office “for an emergency,” Paige is devastated-she’s leaving for her church trip in the morning and she wanted her Mom to help her pack.

Phillip waits until the kids go to bed and then he sneaks down into the basement to send a message to the Center-alerting them that Laric has gotten their handler. When he comes upstairs he finds Paige still awake. Elizabeth calls and informs him that Jared’s house is quiet and calm, while he is telling her what the Center said about Jared and that Jared knows his parents were spies, Paige picks up another phone and listens in on their conversation.

Nina and Stan are lying in bed together, he promises her he will protect her form the Soviets and take her to a large city to blend in so that they will never find her. He’s going to get her a car and some money and she can leave tomorrow.

The next day Elizabeth heads back to Jared’s house. She orders her to get in to the car for a minute, and reveals that she isn’t a social worker and she knew his parents Emmett and Leann. She takes him for a drive so that they can talk. Jared immediately asks where Kate is, and Elizabeth reveals she has no idea and Jared might be in danger. She informs him that he “won’t be able to go back to his old life.” Jared is heartbroken. Unbeknownst to Elizabeth, Laric is following them in another car.

Clark heads home to Martha. She has stolen four confidential files from work. People leave them on the copy machines in the mailroom. She is furious because no one will take care of the files properly, Martha is thrilled to give Clark “proof that Gaad isn’t running a secure office.”

Stan heads to a used car lot to find a car for Nina. He informs the lot owner that it is for his niece, and manages to negotiate down a price and even convinces the dealer to not fill out the registration.

After Martha and Clark have sex she begins asking him about expanding their family, he informs her that “children aren’t in the cards for him.” Martha seems devastated.

Elizabeth breaks the news to Jared that he will be leaving the United States. She takes him to a train station and instructs him to get off the train and go to an address, when he arrives he is supposed to call her. She throws his backpack and his old clothes in a garbage can.

Laric arrives at the garbage can where Elizabeth threw away his backpack, he had placed a tracker in Jared’s backpack. Once the backpack was thrown away, he lost the trail.

Stan walks into Nina’s apartment and finds her on the floor with a gun to her head, she is being held hostage by Arkady and his men. Arkady reveals he plans to send Nina back to Russia to be executed, but if Stan steals the Stealth file on Echo and hands it over to Arkady then he will let Nina go free.

Elizabeth gets back and Phillip informs her that the Center wants them “to move now on paint chemicals they use on Stealth planes.” Elizabeth reveals that everything went off without a hitch with Jared, but she is still confused about why they told him his parents were spies and why Kate was meeting him out of disguise.

Elizabeth and Phillip meet up with George, Emmett’s old contact. Phillip wants him to go down to the shop floor and get a sample of radar resistant paint. George informs him that it is nearly impossible to get on the floor, but he agrees to try to get into the factury.

Stan heads back to the office and hauls out all of the information he has on Leann and Emmett’s case and begins making phone calls to all of their known associates. He casually mentions to Gaad that he is going to check on a file called Echo, Gaad agrees, barely paying attention to him.

Jared arrives at a safehouse in Upstate NY in the middle of the woods. A woman brings him inside and cooks dinner for him.

Arkady and Olag are discussing whether or not Stan has had ample time to get the Echo file. Olag pointed out that Nina did an amazing job performing earlier to get Stan to get the file, Arkady reminds him that if Stan doesn’t come through Nina is going back to Russia. Olag pays Nina a visit at the room where Arkady is holding her in case Stan doesn’t come through and he has to send her back to Russia. He slips her an envelope full of cash.

Stan heads home to his wife, and she is slamming things around the kitchen. He asks her if she wants him to move out, and she replies that isn’t necessary because she is going to move in with him.

Elizabeth arrives home and reveals her concerns about Jared to Phillip. She doesn’t think it is right to drop an orphan off in a foreign country all by himself. Phillip reassures her that Jared will be fine.

Meanwhile Laric is at the train station in Upstate NY getting a description of the woman and her truck that picked Jared up.