BY Amanda Austin on May 21, 2014 | Comments: Leave Comments
Related : Recap, Television, The Americans 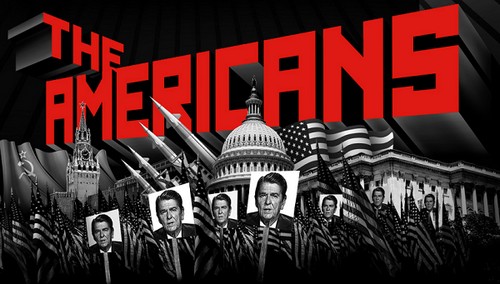 Tonight on FX another new episode of THE AMERICANS is on for you to enjoy and it is the end of another season. In “Echo,” Philip and Elizabeth evacuate their children in the Season 2 finale.

On last week’s episode Larrick closed in, Elizabeth rushed to exfiltrate Jared while Philip readied Fred for a crucial mission. Arkady finally played his hand, forcing Stan to make an impossible choice. Written by Joel Fields & Joe Weisberg; directed by Andrew Bernstein.  Did you watch last week’s episode?  If you missed it we have a full and detailed recap, right here for your enjoyment.

On tonight’s episode no one is safe as Philip and Elizabeth evacuate their children while trying to complete the mission. Stan holds Nina’s future in his hands. Written by Joel Fields & Joe Weisberg; directed by Daniel Sackheim.

Tonight’s episode looks like it is going to be a great finale episode and you won’t want to miss it, so be sure to tune in for our live coverage of FX’s “The Americans” Season 2 episode 13 at 10 PM EST! While you wait for the recap, check out our sneak peek video of tonight’s episode below!

Tonight’s season finale of The Americans kicks off with Phillip and Elizabeth sitting in their car waiting for the signal from Fred. He finally calls them from a payphone and says that he dropped the Stealth intel called Echo that he just stole in the dumpster, he also tells Phillip that he was bleeding badly after an altercation with the guard at the factory. They pick up the package he left for them in the dumpster and then overhear on the police scanner that they have captured Fred and he is dead.

Paige returns home and fills her parents in on the protest she went to with her church group. She reveals that Pastor Ted got arrested after he chained himself to the gate of the army base. She informs them that she is “moved by the protest.” And, then she proceeds to tell them that “Jesus inspires her.”

Stan is getting the information on Echo that he needs to give to the Soviets in exchange for Nina’s freedom.

After Paige goes to bed Phillip heads to Martha’s. He sits down with Martha and they discuss her sudden desire to have children with him. He informs her that he “doesn’t see himself having children,” and apologizes to her since she clearly wants children. He gets up to get her a drink and is shocked when he finds a gun in her kitchen drawer. He receives an emergency phone call from Elizabeth and rushes home. She informs him that Laric isn’t in Nicaragua, and put two and two together that he is responsible for Kate’s disappearance. They race upstairs to pack their bags and their kids to get out of town before he comes for them too.

Arkady meets Stan in the middle of the night and gives him intructions on where to drop off the Echo information. He guarantees Stan that if he makes the drop they will let Nina go.

Phillip, Elizabeth, and their kids are on the road. They told Henry and Paige they were going on a “surprise vacation.” They are at a safe house in the woods nearby the cabin where Jared is staying. The next day Elizabeth heads to the safe house where she left Jared to check on him. Little does she know Laric is in the woods watching them with a pair of binoculars.

Stan heads in to work the next day. He learns that Jared has been reported missing by his foster parents.

Phillip heads into town, and Laric sneaks up behind him and pulls a gun on him. Meanwhile back at the cabin Paige is growing increasingly suspicious of her parents, and the fact that they dragged them to a random cabin in the woods in the middle of the night and then both disappeared.

Jared and Elizabeth are out in the woods collection wood and Laric sneaks up on them and takes them captive. He walks them to his car and handcuffs Elizabeth, and pops the trunk, Phillip is already inside. Jared pulls a gun out of his pocket when Laric isn’t looking and shoots him in the shoulder. Laric returns fire and shoots Jared in the neck. Despite being handcuffed, Elizabeth and Phillip are able to take down Laric and kill him. They rush to Jared’s side, he is lying on the ground bleeding. He reveals to them that he was in love with their handler Kate and they were working together, and he is the one that killed his parents Emmitt and Leann. Elizabeth and Phillip watch him die, in complete shock.

Stan heads to the location where he is supposed to make the drop as instructed by Arkady. Moments later someone comes along and picks up the package. Arkady heads to Nina’s office and reveals that all Stan left was a note saying, “tell Nina I’m sorry.”

The next day men come to escort Nina back to Moscow and put her on trial for treason. Elizabeth and Phillip meet up with Claudia and she reveals that the Center sent Kate to recruit Jared as a “Second Generation Illegal,” (since the spies children are American citizens they can infiltrate the American government as politicians and agents). Since Jared is dead The Center is ordering Phillip and Elizabeth to begin grooming Paige to become their next Second Generation Illegal.

Phillip pays Arkady a visit and tells him that if the organization goes anywhere near Paige without their permission he and Elizabeth “are finished.” He heads home and Eliabeth confesses to him that she thinks they should consider allowing Paige to become a “Second Generation Illegal.” Phillip won’t hear it, he declares “it will destroy her.”