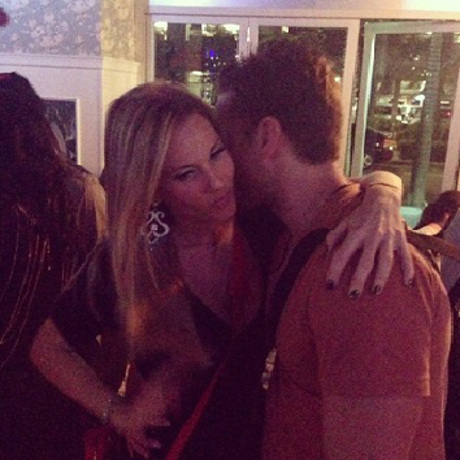 Even though Elise Mosca only made it to Episode 4 of The Bachelor before Juan Pablo sent her packing, she became a well-known member of the reality show this season. Mosca claimed to be just a wholesome first grade teacher from Pennsylvania, but once the first episode of The Bachelor aired, some not so classy videos of Mosca emerged and was then linked to Jersey Shore’s Mike “The Situation” Sorrentino.

Now that Elise Mosco is no longer in the running for Season 18 of The Bachelor, she’s happily dishing on the contestants that are still on the series. And, she doesn’t have anything nice to say about alleged winner Nikki Ferrell. As a matter of fact, she actually thinks that Nikki Ferrell is fooling Juan Pablo and not being her true self when she is around him.

In a recent conference call, Elise Mosca revealed how she felt about Juan Pablo and Nikki Ferrell’s relationship thus far: “Oh, I definitely think Nikki at this point, episode 4, had him [Juan Pablo] fooled. Because she’s not showing, when Juan Pablo clearly asked, “Did you have fun today.” She says, “Yes.” But she clearly says, it was the worst moment of her life. So that’s probably, that’s actually an outright lie. You know, so he’s obviously not getting the full picture at that moment. I don’t know how it continues from there. I don’t know maybe she gets a little more honest with him. But I sure hope so. If that’s how she acts in her daily life and you know and things keep going on, I just hope that you know they could see each other’s true colors.”

Do you think Nikki Ferrell is “fooling” Juan Pablo on Season 18 of The Bachelor? Or do you think Elisa Mosca is just bitter because she was eliminated from the show in the earliest rounds?