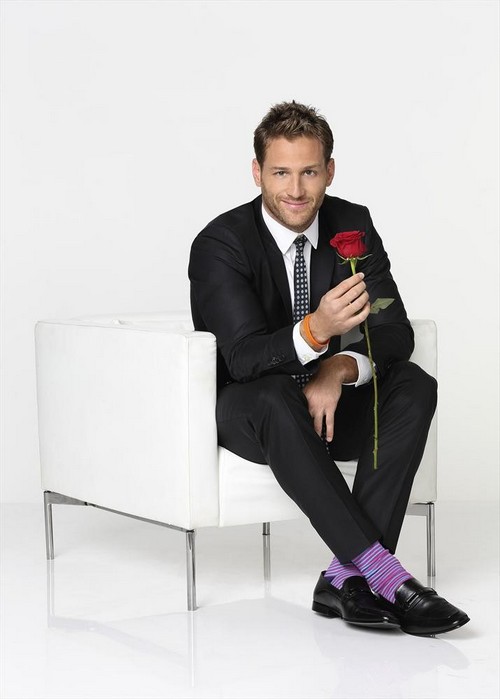 Tonight on ABC Juan Pablo Galavis continues his search for love on THE BACHELOR.  On tonight’s show we are down to the last 3 women vying for Juan’s heart and they head to  St. Lucia.  Did you watch last night’s first part of the special?  We did and we recapped it right here for you.

On last night’s episode the two-night Bachelor special event began as Juan Pablo, still smarting from Sharleen’s sudden decision to leave, startsed his exciting whirlwind trip across the country to visit the final four women’s hometowns, and continued his search to find lasting love. A nervous Nikki welcomed the Bachelor, but she still can’t seem to tell him how she feels about him. Andi’s family took aim at her blossoming relationship with Juan Pablo.  Renee shared a wonderful reunion with her son and the Bachelor, but she too struggled to find the words to describe her feelings for him. Finally, Clare shared a rare, intimate moment with Juan Pablo, bringing them closer until one family member threatened to ruin everything for the couple.   By the end of the evening  Renee was eliminated as Juan shed plenty of tears.

Tonight on The Bachelor Juan Pablo and the Final Three (Andi, Clare, and Nikki) travel to Saint Lucia for the Fantasy Suite dates.

Juan Pablo kicks off his vacation in Saint Lucia with Clare Crawley. Clare claims she is “head over heels” in love with Juan Pablo, and is excited to spend the whole day with him. Juan Pablo surprises Clare with a private yacht, and they head out on the water. Afterwards they sit down for drinks and Clare expresses to Juan Pablo how interested she in being a part of Camila’s room.

The next day Juan Pablo meets up with Andi Dorfman for their date in Saint Lucia. Juan Pablo takes Andi on a walk through Saint Lucia and they stop at an outdoor seafood restaurant and learn how to play in the drums. Afterwards they sit down with two little boys and buys them drinks. After lunch they head out on the beach and play soccer with the little boys they met. Next Juan Pablo surprises Andi with a land-buddy and takes her into the jungle to have a picnic at a waterfall.

Juan Pablo calls Andi out, and asks her if she is “forcing falling in love with him?” Andi admits that she hasn’t fallen in love with him yet, but she wants to really badly. After their chat Andi accepts Juan Pablo’s invitation to spend the night with him in the Fantasy Suite.

The next morning Juan Pablo is over the moon, he said he had an amazing night with ANdi, and they stayed up and talked and laughed for hours and hours. Andi has a different opinion of what happened in the Fantasy Suite. She couldn’t wait to get out of the Fantasy Suite, and she says it was a disaster. She got annoyed because whenever she tried to talk about herself, Juan Pablo would interrupt and talk about himself. He wouldn’t stop bragging and name-dropping, and even told Andi about his overnight date with Clare. Andi says “Juan Pablo thinks he can say whatever he wants to say and people will just fall in love with him. He’s not cute and not funny.” Andi can’t fall in love with someone who is more in love with himself than he is with her. Now that Andi has gotten to know Juan Pablo, she knows that he is not the one.

It’s time for Juan Pablo’s last date in Saint Lucia, with Nikki Ferrell. Juan Pablo surprises Nikki with horseback riding on the beach. Then they sit down for a romantic person, Juan Pablo fills Nikki in on the conversation he had with his Dad. Nikki is nervous because Juan Pablo told her Dad he isn’t 100% certain that Nikki is the one for him, she is scared that she is going to get hurt because she is in love with him.

After their date on the beach, they have an intimate dinner together. After dinner Juan Pablo invites Nikki to spend the night with him in the Fantasy Suite, and she accepts his invitation and is eager to spend more alone time with him.

Juan Pablo sits down and watches the videos that Clare, Nikki, and Andi recorded for him. Clare and Nikki go on and on about how in love they are with him. Then, Andi’s video comes on. She says she wants to share her thoughts with Juan Pablo in person, not on a video.

Andi sits down with Juan Pablo and lets him know that she joined The Bachelor because she really wanted to fall in love, and she thinks that Juan Pablo isn’t taking the show serious. Andi is annoyed that Juan Pablo keeps saying “it’s okay” and she “will die if she has to hear it’s okay again.” Juan Pablo once again tries to use the excuse that English is his second language, so it’s hard for him to express his feelings. Andi goes on to tell Juan Pablo how rude it is to rub in her face that he had overnight dates with the other women, he explains he was just trying to be honest. Andi snaps back, “there is a difference between being honest and being an asshole.” Andi has quit and eliminated herself from Season 18 of The Bachelor.

It’s time for the Rose Ceremony, Nikki and Clare arrive, and Chris Harrison reveals to them that Andi has left The Bachelor. Juan Pablo arrives at the ceremony, and confesses that Andi “didn’t have strong feelings for him and wanted to go home.” Juan Pablo admits that he is hurt, but he can’t force someone to like him. Nikki and Clare are both getting a rose tonight (by default), and they both accept their roses from Juan Pablo.