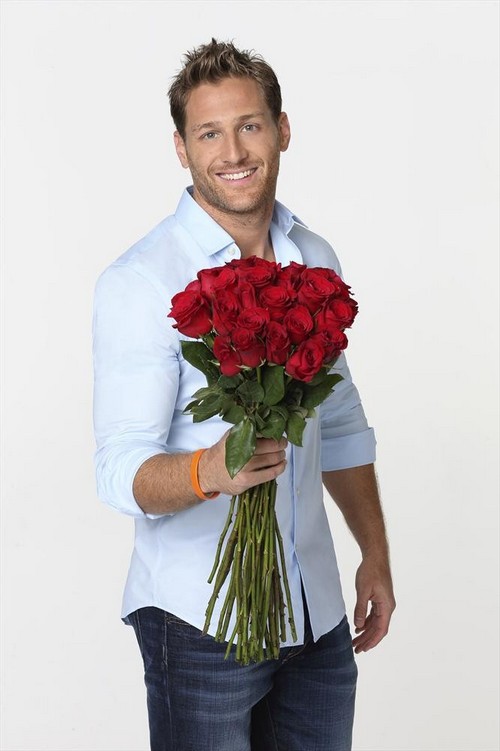 Tonight on ABC Juan Pablo Galavis continues his search for love on THE BACHELOR.  On tonight’s show an incredible journey to Vietnam is the setting for passion between Juan Pablo and Clare, leading to misgivings and enormous jealousy from the other women.  Did you watch last week’s episode?  We did and we recapped it right here for you.

On last week’s episode Juan Pablo started his international journey to find love with a fascinating trip to Seoul, South Korea. Although he was hesitant to leave his daughter, Camila, behind on this part of the adventure to find his soul mate, he was anticipating exploring the city with 13 amazing women. Six lucky women join Juan Pablo to meet “K-Pop” superstars “2NE1,” the most popular singing group in the country. Sharleen shared a perfect date with the Bachelor exploring some traditional Korean foods and locations, until they had a discussion about her becoming a mother. Finally, Juan Pablo escorted six of the ladies on a “Korean Craze,” a whirlwind tour of some of South Korea’s craziest adventures for daring tourists. What happened when Juan Pablo decided not to kiss every woman? The claws came out at the cocktail party and the women clashed as they battle for time with the dashing Bachelor in order to build their relationships.    At the end of the night, 11 bachelorettes got to pack their bags for the next stop on the romantic world tour with the dashing Juan Pablo: Vietnam.

On tonight’s episode breathtaking Vietnam becomes the romantic backdrop for Juan Pablo and the 11 remaining bachelorettes to continue their search for love. Renee is overjoyed when she is picked for a one-on-one date, but will she get the opportunity to tell the Latin heartthrob how she really feels? Nine women board Vietnamese bamboo circle boats for the adventure of a lifetime, but jealousy and resentment rear their ugly head when Juan Pablo appears to spend more time with one of the women than the rest. However, when he singles out Clare for some extended alone time, he is asking for trouble. Nikki is traumatized when she discovers that she and the Bachelor must rappel down 100 feet into a dark cave named Hell. There are plenty of tears from the women – and even the Bachelor – during a powerful and emotional rose ceremony.  At one of the most dramatic cocktail parties of the season, the Bachelor tries to reassure some of the women with romantic gestures, but when he faces off with Clare, she is reduced to tears. Juan Pablo is left doubting some of the choices he is making, which leads to a compelling and moving rose ceremony. Eight women remain at the end of the evening to accompany Juan Pablo on a thrilling journey to New Zealand.

Tonight’s episode of The Bachelor starts off with the eleven remaining bachelorettes arriving in Vietnam. The first date card arrives at the hotel, they read it aloud, “Renee, are we the right fit?” Renee Oteri has scored the first one-on-one date in Vietnam. Renee rushes upstairs to get ready for her one-on-one date. She is anxious, she wants to kiss Juan Pablo really badly.

Juan Pablo and Renee head out on their one-on-one date, and explore the Vietnamese city they are staying in. First Juan Pablo takes Renee to a dress maker, and gets measured for her own custom dress. They go shopping at the market and they pick out gifts for Juan’s daughter Camila and Renee’s son Ben. Then they sit outside and enjoy some Vietnamese beer.

To cap off the evening, Renee wears her new custom fit dress and she and Juan Pablo head out to a romantic dinner at a Vietnamese restaurant. Juan Pablo wants to talk about her son’s Dad. Renee confesses that they married very young and lived together for a few years, but as they grew up, they grew apart. Juan Pablo tells her that they are on the “same page” as each other. At the end of their dinner Juan Pablo presents Renee with a Date Rose.

Sharleen, Chelsie, Clare, Kelly, Ali, Danielle, Kat, Cassandra, and Andi receive their group date invitation. Andi is upset, if she is going on the 1-on-1 date, then that means she isn’t getting a 1-on-1 date. She is one of the only girls left that haven’t had a 1-on-1 date with Juan Pablo.

Juan Pablo and the bachelorettes head out on their group date, they are riding in Vietnamese paddle boats. They have to divide into groups of two, Clare obviously chooses Juan Pablo as her partner. The other women are annoyed because Clare is once again hogging time with Juan Pablo, while they paddle down the river with their partners, Juan Pablo and Clare make out in their boat right in front of everyone else. Juan Pablo and the 9 girls arrive at a Vietnamese family’s house, they are invited inside for an authentic Vietnamese dinner.

After their dinner, Juan Pablo and the contestants get dressed up for a cocktail party. Juan Pablo instantly grabs Clare and they head down to the beach for some alone time. The other bachelorettes are annoyed, they feel like Juan Pablo has spent the entire day with Clare and barely paid any attention to the rest of them. Juan Pablo takes Clare up to his hotel suite to go swimming while all the other women sit down by the water waiting for him.

Back at the girls’ hotel room, Nikki receives her date card for her 1-on-1 date with Juan Pablo. The date card asks her if she is ready for a “hell of a good time.”

Back on the group date, Clare has finally given someone else some time with Juan Pablo. He heads down to the beach with Sharleen. After Juan Pablo spends some alone time with the rest of the women on the beach, he hands out the Group Date Rose to Clare.

After the date the girls head back to their hotel. Clare sneaks out, and heads back to Juan Pablo’s hotel room. She wakes him up at 4:00 AM and invites him to come swim in the ocean with her. Juan Pablo accepts her invitation, and they head back down to the beach.

The next day it’s time for Nikki Ferrell’s 1-on-1 date with Juan Pablo. She meets up with The Bachelor at Marble Mountain. Juan Pablo surprises Nikki with a cave-diving trip at the mountain. There is a slight setback, Nikki is apparently scared of heights. Juan Pablo propels ahead of her to help her down to “Hell Cave.”

Once they are done exploring the cave together, Nikki and Juan Pablo spend some alone time together. Nikki confesses to him that she has another dated anyone with a kid before. She thinks she is mature enough to handle being a step-mom, and she has “a lot of love to give.” At the end of their date Juan Pablo presents Nikki with a Rose. He thinks Nikki is a “potential wife.”

The next night all 11 contestants board a boat and head to their cocktail party with Juan Pablo. He arrives at their cocktail party and confesses to the girls that he has to send home three women instead of two tonight at the Rose Ceremony. Renee, Clare, and Nikki already received roses on their dates so they have nothing to worry about.

Andi and Juan Pablo head off for some alone time, Andi is concerned that so far they only have “physical chemistry.” Juan Pablo sneaks off with Renee, he wants to kiss her, but he still hasn’t because he doesn’t want to disrespect her son back home. Renee reassures Juan Pablo that Ben “won’t be pissed at him,” so Juab Pablo finally kisses her.

Juan Pablo finally spends some time with Clare, for the first time since they went for a midnight swim. Clare reassures him that none of the other girls know they went swimming together. Juan Pablo confesses to her that he thinks it was a mistake, and it wasn’t fair to the other girls. Clare is hurt, and starts crying. The way Juan Pablo is talking, it definitely sounds like they had sex in the ocean when the cameras weren’t rolling.

Calre says their “conversation blind-sided her.” She doesn’t understand why he is regretting it now, because “when they were in the ocean he was on board with everything.” When Clare and Juan Pablo rejoin the other bachelorettes they can tell there is some tension between the two of them. Clare heads to the bathroom to cry, no one understand what she has to cry about, when she already has a rose. Juan Pablo follows Clare back outside to try to see why she is crying? She asks him if he wants to “take the rose back?” But, he reassures her he wants her to keep it. Juan Pablo tells her, “this is dumb,” and to stop crying.

Chris Harrison finally arrives and it is time for the Rose Ceremony. Clare, Nikki, and Renee already have roses. Juan Pablo gives roses to: Sharleen, Cassandra, Chelsie, Kat, and Andi.

Danielle, Alli, and Kelli have been eliminated from The Bachelor.