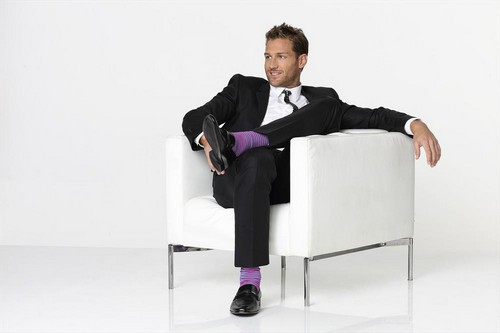 THE BACHELOR Sean Lowe returns to ABC tonight with a whole new episode.  On tonight’s show “Finale” is here and it’s one of the mist controversial and dramatic nights ever on the two-hour live season finale.  Did you watch last week’s episode when the women told all?  We did and we recapped it for you HERE.

On last week’s show the debate raged on as 17 of the season’s most memorable women, including Andi, Cassandra, Chelsie, Kelly and her dog, Molly, Lucy, Renee and Sharleen returned to confront one another and Juan Pablo. We found out what do the women really thought of this Bachelor? Whether he was sincere about his search for a wife and stepmom for Camila? His kissing policy? And how the women really felt about him sneaking off for a midnight swim with Clare? First, there was an update from the latest Bachelor happy couple – Sean and Catherine — and viewers got a sneak peek at the Season Finale and the final two bachelorettes – Clare and Nikki.  When Juan Pablo stepped into the hot seat last week he was immediately confronted by all of the women.

On tonight’s finale the event begins as America will watch along with the studio audience – including special guests bachelorettes Chelsie, Kat, Kelly, Renee and Sharleen, as well as Sean and Catherine Lowe, and Desiree Hartsock and Chris Siegfried – as Juan Pablo’s journey to find love comes to its shocking conclusion. The Bachelor prepares to make one of the most difficult choices of this life, having narrowed down the field to two women – Clare and Nikki – who are both in love with him. But a season that started with fan fever over Juan Pablo has turned to controversy. In light of Andi’s allegations and her early departure, will these final two women see a different side of Juan Pablo or will they both find a true connection? Will Juan Pablo find love and hand out a final rose? Will he get down on one knee and propose and will she accept? The debate continues about one of the most talked about Bachelors ever.

We will be live blogging tonight’s episode of the “The Bachelor” and you just know there is going to be tons of drama, cat fights and tears.  So come back tonight at 8PM for our live recap of  tonight’s finale to find out who Juan Pablo will choose.  While you wait for the recap, hit the comments and let us know if you are enjoying this season of The Bachelor?

The season finale of The Bachelor opens tonight with Chris Harrison taking the stage in front of a live audience in Los Angeles. First Chris shares a clip of Clare Crawley and Nikki Ferrell meeting Juan Pablo’s family in St. Lucia.

Next Chris Harrison shares a clip of Nikki meeting Juan Pablo’s family in St. Lucia. Some of Juan Pablo’s family already met Nikki. She sits down individually with both his Mom and Dad, and Nikki confessed to his Mom that she is “in love with Juan Pablo.” His family seems to approve of Clare Crawley and Nikki Ferrell, and would probably accept either into their lives with no problem.

Up next on The Bachelor season finale is a clip of Juan Pablo and Clare Crawley on their last date before the Final Rose Ceremony. Juan Pablo surprises Clare with a helicopter ride over St. Lucia. According to Clare when the helicopter was landing there was no microphones or video cameras, and Juan Pablo leaned over and whispered something horrible in his ear. He told Clare that he “really doesn’t know her” and “another sexual thing that she doesn’t want to repeat.” Clare feels horrible and disrespected and cheap, and realizes Juan Pablo isn’t the man she thought he was.

Later that night Clare sits down with Juan Pablo and calls him out on his vulgar off-screen comments, and saying that they don’t know each other at all. She explains that what she wants in the future is much more than physical, and she is concerned he is just looking for hook-up. Juan Pablo explains that he was “just being honest.” Juan Pablo goes on to tell Clare that if he picks her he wants to have a baby as soon as possible and move away with her. Clare is nervous about the Final Rose Ceremony, because she “doesn’t want a rose, she wants a forever.”
Chris Harrison shares a clip of Nikki Ferrell’s last date with Juan Pablo before the Final Rose Ceremony. Juan Pablo surprises her with a private boat trip. Nikki gushes to Juan Pablo about how “great” and “amazing” his family is. They park their boat on the beach and lay down on the beach of a private island. Nikki is getting nervous because Juan Pablo still hasn’t told her that he loves her, and she is beginning to question whether or not he will choose her at the Final Rose Ceremony.

After their date on the private island, Juan Pablo pays Nikki a visit at her hotel room. Nikki gives Juan Pablo a framed photo of them horseback riding, and a card with a note about how much loves him. Juan Pablo says thank-you, and kisses her, and still doesn’t tell her that he loves her. After Juan Pablo leaves Nikki sits down on the couch and cries her eyes out.

It’s time for the Final Rose Ceremony. Clare arrives first via boat to the private island in St. Lucia where Juan Pablo is waiting for her. She confesses to Juan Pablo that she knows they “have something special and she believes in him.”

Juan Pablo jokes about when Clare got out of the limo with her fake baby bump, and that she made it to the Final Two because he “wanted to be here with her.” He needs to do what he thinks is best for him, so he needs to say “good-bye to her.” Juan Pablo tries to hug Clare, but she pushes him away. She can’t believe he actually talked to her about having children and moving away with her, and she would never want her children to have a father like Juan Pablo. Clare storms off and heads back to her boat, leaving Juan Pablo standing there looking dumb. After Clare walks away Juan Pablo says, “Whew, I’m glad I didn’t pick her.”

After Clare leaves broken-hearted, Nikki Ferrell arrives at the private beach where Juan Pablo is waiting for her. Nikki thanks her for the “amazing experience” and tells him that she wants to be a part of his family and she wants Juan Pablo to be a part of her life. She tells him she “can’t imagine spending her life without him.” Juan Pablo says the he loves many things about Nikki, and everything is perfect when he is with her. He reminds her that her father warned him not to propose unless he is 100% sure. He tells Nikki he has a ring in her pocket but he is not proposing to her because he is NOT 100% sure about marrying her, but he does like her a lot.

Make sure to head over to our recap on tonight’s – “After the Final Rose,” RIGHT HERE