The Bachelorette 2014: Andi Dorfman And Josh Murray Already Living Together, Plan Spring Wedding – Perfect For Each Other? 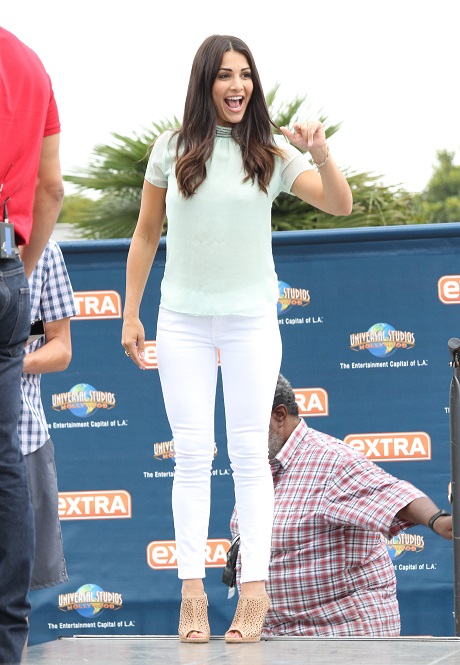 Has Andi Dorfman really found the man of her dreams in Josh Murray? Viewers watched as the current star of ABC’s The Bachelorette accepted Josh’s proposal this week and, according to the couple, things are going great. Both Andi and Josh live in the Atlanta area already, which means that neither of them is going to be forced to relocate for the sake of the relationship. According to the Aug. 11th print edition of People, in the two months since getting engaged they have been pretty inseparable.

Andi says that they are already all but living together because one is always at the other’s house. “That’s important for us, especially because of how quickly we got engaged. I’ve learned so much about him in the past two months and I love him more now than I did when I got engaged.” She’s right, I mean most people spend tons of quality time together before deciding to make a life time commitment but this show lays the groundwork for failure by doing it the opposite way.

Josh and Andi are already talking about officially moving in together later this year and they are beginning to plan a spring wedding, which America will be invited to. Do you think that Andi made the right choice? As always, there has been backlash regarding the man that she chose.

Everyone always weighs in with an opinion after the fact, but do you think that Andi and Josh will be one of the few couples pushed together by ABC that will actually end up married? Or will they hang in there long enough for the media blitz and then quietly split? Tell us your thoughts in the comments below!