The Bachelorette 2014 Season 10: Nick Viall “Made Love” With Andi Dorfman – Josh Murray Furious – Is The Wedding Off? 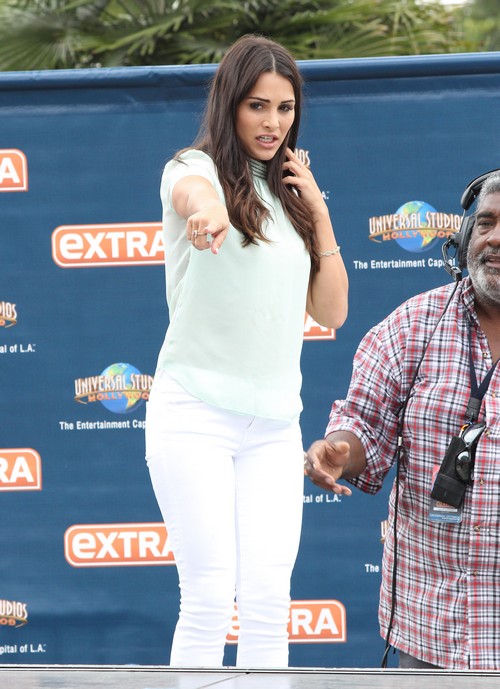 The Bachelorette 2014 finale aired on July 28th on ABC and confirmed what Bachelorette spoilers had been teasing for weeks, Andi Dorfman is officially engaged to Josh Murray, and she sent Nick Viall home heart-broken. During the After The Final Rose episode, Nick Viall also confirmed what fans had suspected and CDL revealed for you –  Andi Dorfman had sex with him during their fantasy suite date. And, he told The Bachelorette she shouldn’t have “made love to him like she was in love with him.”

When Nick Viall dropped the bomb that he had sex with Andi, Josh Murray was watching the interview live from backstage. When he took the stage he put on quite a performance, and didn’t even acknowledge the fact that he had just learned his fiancé slept with another man while she was dating him.

Sources close to the situation tell CDL that the new couple is not as happy as they put on during their live interview, and did a hell of an acting job. Josh Murray is actually furious that Andi Dorfman had sex with Nick Viall, and their wedding plans are at a stand-still because of it. Who can really blame him? If she chose to give the final rose to Josh, then why did she have sex with Nick Viall less than a week before they got engaged? Of course maybe Andi was giving a little payback for Josh cheating with his ex-girlfriend Brittany McCord?

What do you think about the bomb Nick Viall dropped during the After The Final Rose show? Do you think that Andi was wrong to have sex with him and then accept Josh Murray’s proposal the same week? Let us know what you think in the comments below!