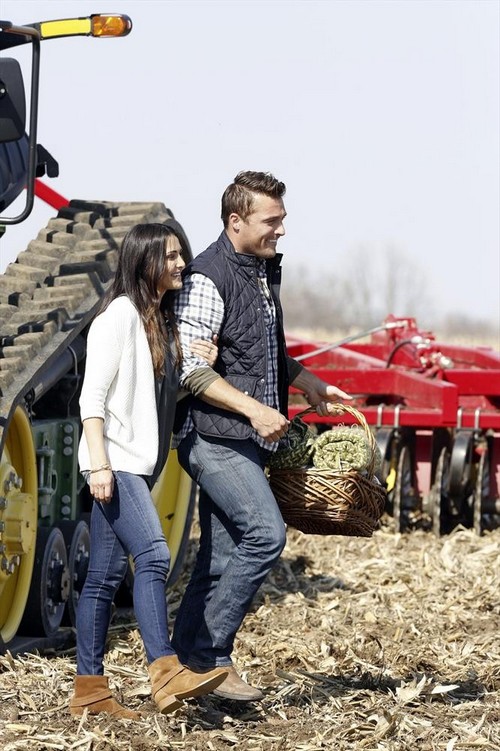 On Monday, July 28th the season finale of The Bachelorette 2014 Season 10 will air on ABC, and according to spoilers all over the internet, Andi Dorfman will give her final rose to Josh Murray and send Nick Viall back to Milwaukee broken-hearted. Bachelorette spoilers tease that Josh Murray and Andi Dorfman are happily engaged and currently planning their million dollar TV wedding. But…rumor has it the latest Bachelor franchise couple isn’t as happy as they are letting on.

The fame and all-expense paid trips and weddings are a large motivator in the Bachelor and Bachelorette franchise, and it seems they may have gotten the best of Josh and Andi. Several sources have reported that they are going through with the extravagant wedding for all of the wrong reasons, and are actually very unhappy with each other.

Screenshots of Josh Murray’s SnapChat account were leaked on the internet, and it was revealed that he was still chatting with his ex-girlfriend Brittany McCord on a daily basis. When Andi learned that Josh wasn’t exactly being honest with her and still had feelings for his ex, she began second-guessing her decision. US Weekly is reporting that Andi is now talking to Nick Viall behind Josh’s back and reconsidering the decision she made in the season finale of The Bachelorette. She knows that Nick Viall worshipped the ground she walked on and never would have jeopardized their relationship to chat with one of his exes.

What do you think, Bachelorette fans? Should Josh and Andi go through with the expensive, flashy wedding that ABC is paying for? Do you think Andi should have chosen Nick over Josh? Let us know what you think in the comments below and don’t forget to check CDL tomorrow for more Bachelorette spoilers.

Update: Well Josh did win as predicted but you have to wonder whether Andi will live to regret that choice. Check back later today as CDL investigates whether Josh is still cheating Andi even though the two are supposedly happily engaged.