Andi Dorfman Caught In Love Triangle On The Bachelorette 2014 – Did She Give Nick Viall Enough Of A Chance In Bed? (PHOTO) 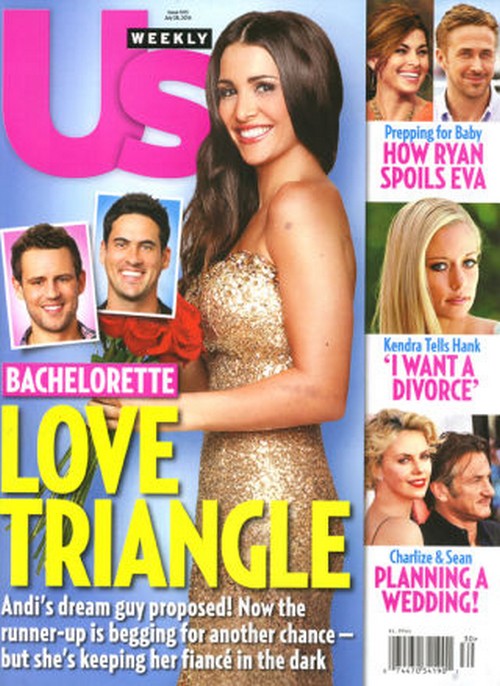 Andi Dorfman is still facing a tough choice between Nick Viall and Josh Murray on The Bachelorette, even though we already know who she’s chosen. Thanks to spoilers that leaked months ago, we know that Andi ended up with Josh Murray, even though he’s already cheating on her with other women. But the show is doing a good job of making it seem like Andi could choose either Nick or Josh.

If we look at the show carefully, the fact is that prior to the fantasy date night [a.k.a. sex], Andi was all set to choose Nick over Josh. But once she slept with both of them, she dumped Nick and settled on Josh. Clearly, Josh was better in bed, and it makes Andi seem even more superficial for choosing the guy who’s a better sexual partner.

Obviously, that decision is coming back to bite her in the ass. Josh was always a player, and his sexual prowess proves that. Andi may have ‘chosen’ him as her future husband, but he’s already cheated on her once and is bound to cheat on her again. Unfortunately, there are no take-backs on The Bachelorette, no matter how much Andi is regretting her decision.

In the end, perhaps Andi should have given Nick another chance to prove himself. If she really made her decision based on the fantasy date night, then she deserves what she got. Yes, sex is important, and it’s a big proponent of a relationship – BUT it’s the freaking Bachelorette. Everyone is there for one reason and one reason only – to become famous. Taking that into account, maybe Andi decided that choosing Josh would bring them more publicity?