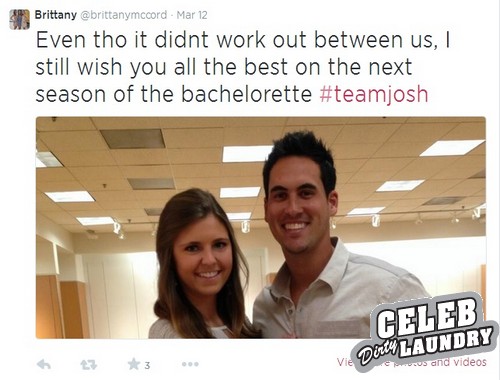 Season 10 of The Bachelorette 2014 is winding down and after the Monday July 7th episode and hometown dates, Andi Dorfman will have narrowed her search for love down to the final three guys. If you are one of the 1% of Bachelorette fans who have managed to last almost the entire season without reading any Bachelorette spoilers, then this is not the post for you.

Reality Steve revealed months ago that the winner of Season 10 of The Bachelorette would be Josh Murray, and that he and Andi Dorfman were currently engaged. It’s ironic though, because Andi has spent the last three episode of The Bachelorette talking about how she doesn’t trust Josh Murray and she thinks he isn’t being honest about his feelings for her. According to Bachelorette spoilers for hometown dates, Andi has even more doubts about Josh after she spends time with his family.

It still is a little perplexing how Andi Dorfman decided at the last minute to choose Josh Murray over obvious frontrunner Nick Viall. Rumors emerged a few weeks ago that Josh Murray was still carrying out a relationship with his ex Brittany McCord, despite the fact that he was engaged to Andi Dorfman. It looks like Andi probably should have trusted her gut instinct about Josh. It’s interesting because during the last few weeks Andi has stated multiple times on the Bachelorette that she thinks Josh is holding back from her and has acted shady ever since the lie detector test. And, it turns out Josh is just as shady as she thought he was.

It will be interesting to see during the After The Final Rose show if Andi and Josh are still engaged. Are you surprised that Andi chooses Josh Murray over Nick Viall at the last minute? And, what about Josh cheating on Andi with his ex Brittany McCord, did you think he was the cheating type? Let us know what you think in the comments below and don’t forget to check CDL tomorrow for more Bachelorette spoilers.