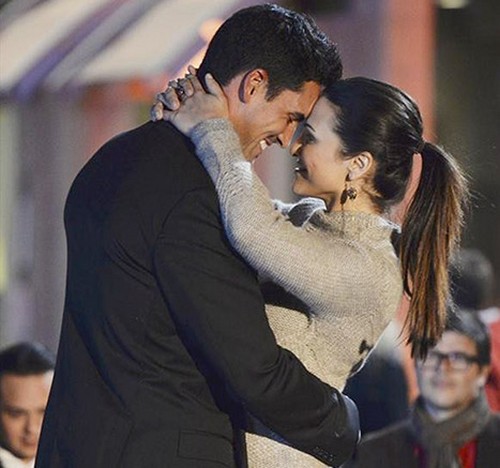 The season finale of The Bachelorette is rapidly approaching, and spoilers for Episode 8 tease Andi Dorfman narrows her search for love down from to three guys. On Monday July 4th, Andi and her final four head back to the United States for the highly anticipated hometown dates. According to Bachelorette spoilers from ABC, Andi’s first stop is in Nick Viall’s hometown of Milwaukee, Wisconsin. Nick and Andi’s date goes smoothly, and he remains a frontrunner for the final rose.

According to spoilers after Andi leaves Milwaukee, she heads to Arlington, Iowa to spend some time with bachelor Chris Soules and his family on their farm. From Iowa, Andi heads to Tampa, Florida to see Josh Murray and his family.

Spoilers from ABC tease Andi’s trip to Florida makes her question her relationship with Josh even more when she realizes that his entire life revolves around his younger brother Aaron’s football career. Andi Dorfman’s final hometown date is in Dallas, Texas where she gets to know Marcus Grodd’s family, and realizes that he may have much stronger feelings for her than she does for him.

Episode 8 spoilers tease an emotional rose ceremony in LA, which occurs moments after Andi and her guys learn that contestant Eric Hill passed away during a paragliding accident. After getting to know all four guys’ hometowns and their families, Andi makes a shocking decision and eliminated Marcus Grodd. So, Andi will be travelling to the Dominican Republic with Chris, Nick, and Josh for the coveted fantasy suite dates.

Do you think that Andi made a mistake sending home Marcus Grodd? Are you surprised that he made it this far on Season 10? Who do you think Andi Dorfman will give her final rose to? Let us know what you think in the comments below and don’t forget to check CDL for all of your Bachelorette spoilers and recaps.