BY Joanna Mazewski on March 31, 2014 | Comments: one comment
Related : Recap, Television, The Blacklist 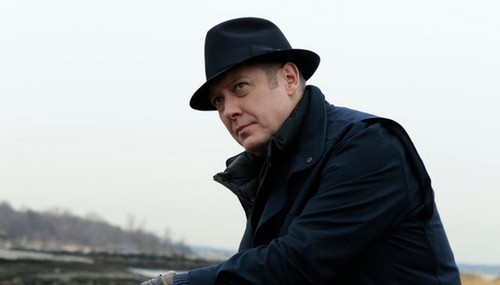 On last week’s episode when a new cyber defense asset got stolen all roads led to a Russian cyber terrorist known only as “Ivan” (guest star Mark Ivanir). With Red’s (James Spader) assistance, Liz (Megan Boone) discovered a huge cover-up. Meanwhile, new evidence surrounding the disappearance of Jolene (guest star Rachel Brosnahan) helped unravel some of the mystery behind Tom (Ryan Eggold). Diego Klattenhoff, Harry Lennix and Parminder Nagra also star.  Did you watch the last’s episode? We did and we recapped it right here for you!

Tonight’s episode of NBC’s The Black List opens with Red and Lizzie. She tells Red she is ready to hear the truth about her husband. Red explains that three years ago her husband Tom bought passports from a forger that he knows. Lizzie isn’t buying it, she wants to know why Tom “chose her” and “inserted himself into her life.” Red tells her that they need to find out who Tom is working for, and “the rest will come.” Lizzie confesses that Tom wants to renew their vows. Red thinks that is a good idea, and a chance to possibly draw some of his co-workers out, but first Lizzie has to make everything appear normal. Red tells her that working a case will seem unsuspecting. He gives her a file and tells her that there was an accident involving a taxi and truck, it is being rules as an accident but he thinks it is the work of a man called “The Under Taker.” He convinces ordinary people to kill strangers for him, he is like a “death broker.”

Meanwhile at a gas station a woman approaches a man standing at the pump and asks him if his name is Bennett. He confirms who he is, and she covers him in gasoline with the gas pump and then lights a lighter killing herself and Bennett.

Lizzie takes the file back to her team and shares Reddington’s theory about the Undertaker. They visit the cab driver’s wife and learn that he was suffering from severe dementia, and his days were numbered due to a terminal illness. They also received a strange inheritance just days before her husband’s accident. His wife thought it was from a relative in India. The woman that killed Bennett also had cervical cancer and wasn’t going to live much longer. She received a large sum of money days before her death and used it to pay off her brother’s bills.

Meanwhile the Undertaker is recruiting another contract killer named Danny. He promises to take care of Danny’s life and daughter for the rest of their lives, pay off their bills, mortgage, etc. Danny is definitely interested.

Tom arrives at home, and Lizzie has the house packed full of people, including Tom’s “brother” Craig. She surprises him with wedding vow renewal ceremony. While he is shaving and getting ready, he brags to Craig that he can “read Lizzie.” (Obviously not too well, or he would know that she is setting him up). While they are upstairs, Lizzie steals the wine glass that Craig was drinking out of.

After they renew their vows Lizzie heads to her office and begins watching the surveillance DVD’s from Red. She sees Tom hiding a key on the tape, and she locates the key under a lamp. Red’s bodyguard shows up and she gives him Craig’s glass to run DNA on.

Lizzie’s team has found the Under Taker’s Cayman bank account, and realized that the last person to receive a payment from him is Danny. They track Danny down, and find him holding the mayor at gun point. Lizzie is able to talk him down and convince him that murder isn’t how he wants his wife and daughter to remember him.

Red pays his lab technician friend Salvatore a visit. He wants him to do a DNA test on Craig’s wine glass. Salvatore is still upset that red slept with his wife, so he bribes him with his villa. Lizzie calls Red and he informs her he has Craig’s real name, and the three of them need to talk.

Craig walks into his hotel room, and before he can turn the light on Lizzie tackles him to the ground and holds him at gunpoint. She tells him they “need to talk.” Elizabeth tells him that she knows his real name is Christopher Balley, and she wants to know who hired him and who got him an identity. Chris/Craig tells her she has “no idea who she is dealing with.” Craig jokes that she didn’t “think this through,” she rubs in his face that she did, and opens the door and let’s Red and his bodyguard in.

Lizzie and her team find a common denominator in the Under Taker’s contracted killers, they all had the same life insurance agent. They learn that the insurance company actually declined their applications. The head agent tells them that they need to talk to their agent Milton, and says he is “obsessed with death.” (Milton is the Under Taker.) They head to Milton’s apartment to search for clues.

Meanwhile, Milton has gone rogue. He pulls a gun on a confused man in a parking lot, who confuses Milton for a homeless man. Milton says, “You don’t remember me do you? Agent 421 reporting, with diabetes.”

Lizzie heads back to the hotel room and finds Red watching TV and eating room service. Red tells Lizzie they have been waiting for her. Lizzie begins questioning Craig/Chris. He says he doesn’t know any one’s names, he receives a phone call they person on the other end gives him orders, all he knows about Tom is he talks about a woman named Nikki and he has a real brother in Chicago. The hotel room phone rings, and Craig says it is Tom. They had made plans to meet up today and discuss Lizzie. It is only a matter of time before Tom arrives at the hotel room and finds them all there.

They have determined that Milton’s next victim is a doctor called Frederick Osbourne. He fast tracked an experimental drug for Type 2 Diabetes through the FDA, and Milton was one of his test patients. Meanwhile Milton is holding him captive in a cemetery. He removes his nose and shows a hole on his face, deformed from the experimental medicine.

Craig/Chris opts to jump through the hotel window and fall to his death in the street, rather than tell Reddington any information about Berlin.

Lizzie and the FBI team swarm the cemetery, they remember Milton’s coworkers telling them that he loved to go there and deliver flowers. They find Milton holding Frederick Osbourne at gun point with a bomb strapped to his chest. Agent Ressler arrests Osbourne for tampering with evidence in the clinical trials and leads him back to the cop car in handcuffs, leaving Milton standing there with the bomb strapped to his chest. As they are walking away from him there is an explosion, Milton killed himself.

Harold calls Reddington out and asks him if he found what he was looking for, and implies that he used them to gain access to Bob’s client list. Red ignores him and tells him to have a good night.

Elizabeth heads back to her white board, and adds what little information to it that Craig/Chris gave to her before committing suicide.